We have some exciting hardware developments from our members. A few of our members either have, or are in the process of, creating their own calculators. These calculators range from emulated TI models or calculators inside TI cases, to completely new calculator models and operating systems.

Member Muessigb is working on a RaspberryPI calculator which emulates the TI-84 Plus. The project started when his original TI-84 Plus died: he had a Raspberry Pi and thought he could emulate it with the Pi while still using the calculator's shell.

Then we have PiCaso created by PiCaso. Similar to Muessigb, PiCaso has stuck a Raspberry Pi into a Casio fx-83 ES. PiCaso is built from Wolfram Alpha's Mathmatica software(Link for rPi Version). It runs faster than the Casio but admittedly, and perhaps obviously, slower than the desktop version. The calc uses an e-Ink screen for the low power consumption and because it's cool. Seriously.

There's also a new user on our forums, hynek, who has created a replica of the TI-86. Hynek's main goal was to learn and understand STMicroelectronics' STM32F4 multipoint control unit, or MCU, which is based on ARMs' Cortex-M4. His replica is a complete, functioning copy of the TI-86, can run the original calculator's operating system, and can even run programs for the original TI-86. It seems he has learned a lot from his project and has since carried on to bigger tasks, hopefully utilizing his new knowledge of the MCU as best as possible. He put a lot of research into this, from learning stuff about the TI-58 from ROM dumps to properly managing power consumption. He chose the TI-86 as he required its functions for his day-to-day calculations.

While this next project doesn't have a topic on Cemetech it is certainly notable. The ArithMax is being developed inside a Casio shell. The software runs on a Cortex-M4, similar to hyneks' TI-86 replica above. It seems the developers are creating a new type of calculator. It has an SD card slot and a slew of other nifty features including Ethernet capabilities (but no RJ45 port due to the size of the connector). For more updated info on this project check out TI-Planet(Translated), check out the source (Translated), this page and of course the source link to the post here at Cemetech. We have reached out to the ArithMax authors and hope they'll find time to swing by to tell us more about this impressive project.

Even our very own KermMartian has a "TI-87" in development. While TI never created a TI-87 calculator (as far as we know), it's instead a name coined by Kerm for his Odroid-W Development board based TI emulator. The plans for the project are to fit this into a TI calculator shell, which seems to be a TI-83+SE, and to support the emulation of multiple TI calculator families: from the TI-73 to the recent TI-84 C SE, with future plans to hopefully support the 85 & 86 (I think we see where the TI-87 came from now!). As far as emulation goes, he plans to use jsTIfied but if it runs too slow then he'll use TILEm(2?). We have yet to hear back on what works best for his project but there's plenty of other updates and details to keep us interested in the meantime.

Though it's amended on to the PiCaso topic, LibreCalc is worth mentioning here. Running a look-a-like TI-82 OS, it sports 128MB of RAM - wow! The LibreCalc project was recently mentioned on Hackaday; as the name implies, it combines completely open-source hardware and software into a free-as-in-speech graphing calculator. The plans and specs for everything from the OS to the PCB to the 3D-printed case and keys are freely available, and we salute the creators for their hard work. As with the ArithMax project, we hope to be able to bring you more updates directly from the creators soon.

If you wish to follow up on any of these projects please follow the bolded links to the proper topics. Ask questions or just read up on the previous discussions. 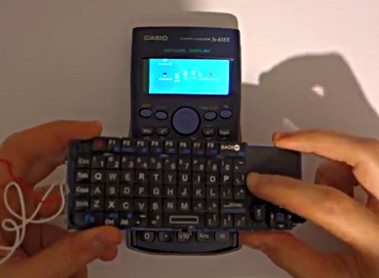 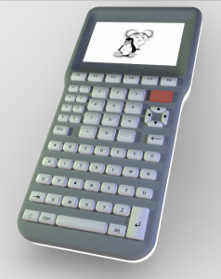