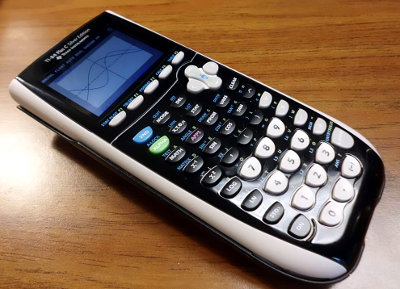 The new TI-84 Plus C Silver Edition isn't the first color-screen graphing calculator. It isn't even TI's first color graphing calculator, a distinction claimed by the TI-Nspire CX and its sibling the TI-Nspire CX CAS. However, the TI-84+CSE, as we're abbreviating it, is a major milestone in the 17-year-old TI-83 and TI-84 Plus family of calculators. Although it retains the look and feel of the TI-84 Plus operating system, and keeps the familiar case shape and key layout, the outstanding feature of the TI-84+CSE is a bright, glossy color LCD screen. No longer will math and programs need to squeeze into 96 by 64 monochrome pixels; the new screen is 320x240 and can display 65,000 different colors. Starting in November 2012, Cemetech first discovered and received official and unofficial updates about the new calculator. We've seen a seminar showcasing the math features and gotten the official PR information. Now, we're proud to announce the first full, formal hands-on review of the TI-84 Plus C Silver Edition.

Our TI contacts sent yours truly, Cemetech administrator Christopher Mitchell, a preview calculator, the very device pictured above. I have spent hours engrossed in trying out its many new math and programming features, and my first impressions as a fourteen-year user of TI's graphing calculators is overwhelmingly positive. In this complete review, I'll show you the new math features, as well as the existing features that have been augmented with the color and higher resolution the new LCD affords. Since my real passion for TI calculators lies in programming, I'll also show you the new features for TI-BASIC programmers, and discuss some of the new discoveries that assembly programmers need to know. Finally, I'll do a quick teardown of the device, so that you can see what makes it tick. In a phrase, the new TI-84 Plus C Silver Edition is sleek, colorful, and takes good advantage of its new hardware, marred only by slight (easily-fixed) sluggishness.

The Big Picture
As I prefaced this review, the most important question I have to ask is whether the TI-84 Plus C Silver Edition is an effective math tool. In a world where students are increasingly distracted by complex, flashy smartphones that are indistinguishable from tiny computers, and where TI's black-and-white calculators have been increasingly noted as antiquated, this is a huge step forward. From the perspective of a math student or teacher, this is a calculator that combines an easier-to-read, more expressive display that can show graphs and equations more easily with a familiar interface. All of the existing books and tutorials on the TI-83 Plus and TI-84 Plus apply to this new calculator, although it behooves new references to explain and explore the new features. The interface feels slightly sluggish, with some menus taking close to a full second to fully render, which hopefully won't discourage impatient students from using the device. From a programmer and enthusiast point of view, my reaction is more mixed. There's a prevalent opinion that something like a 25MHz ez80 CPU, a faster, more capable, and fully-compatible version of the processor in the new (and old) calculators, would have been a better choice. A CPU clocked at close to twice the speed would have helped reduce the lag in rendering complex menus and large images, and would have given programmers more options for creating quick, responsive programs.

Read the rest of this review, discussing all of the new math and programming features. 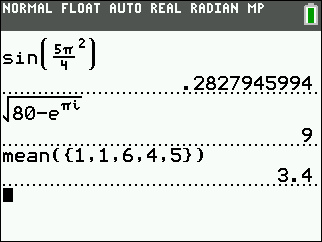 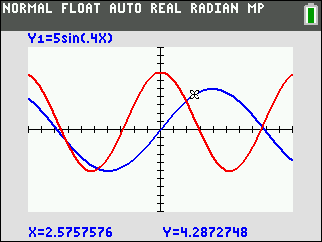