Someone inspired me to think about this project, so here it is. Basically, it would be reconfiguring a TI-84+ calculator to fit inside a clamshell form-factor. I'm considering a Nintendo DS-sized case for it, but that might be too small to fit the keyboard that I want. Here's the basic outline, sketched roughly below. The (backlit) LCD would go in the top half of the clamshell, flanked by two piezo speakers. In the body would be a (probably) rechargeable lithium-polymer battery, the mainboard of the calculator, and a second PCB containing a microcontroller for the trackball, the amp for the piezo speakers, breakouts for the connectors along the right side, and of course contacts for the reconfigured keypad, shown in the second image. 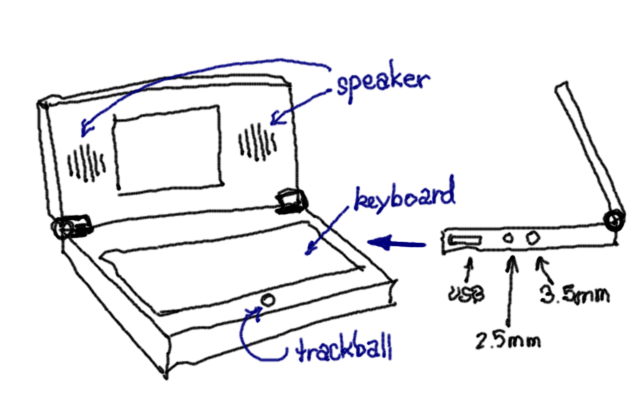 Now, I know that a lot of you are going to kvetch and moan about how everything's moved around, it makes no sense to rearrange the keypad into a qwerty layout, it's going to be a horrible pain to find the number keys, and I hear you. To you I say, sure, this isn't for everyone. However, over the first few months of using my calculator, I quickly learned to touchtype in the awkward ALPHA layout, and I know from intuition and our interactions on the forums that most of you did as well to at least some extent. I think it will be at least as easy to learn this layout, if not easier. I believe that it will be significantly easier, because the tiny-font alpha functions are where you'd expect from typing on a computer, and the rearranged "main" key functions (like math operators, numbers, etc) are written in much larger font on each key. 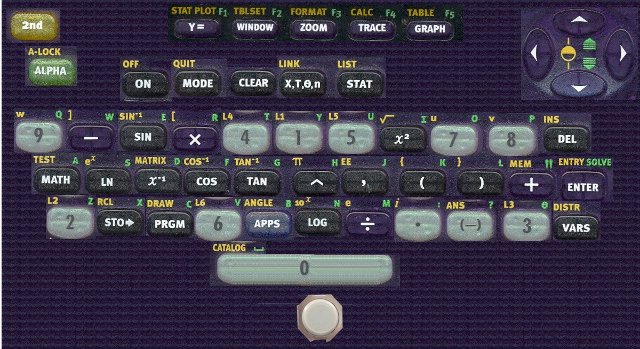 As always, because of the massive numbers of projects I have on my plate or planned before you even begin to consider my academic projects, my personal life, and work, I give no guarantees that I will get to working on this project in the near or foreseeable future. With that said, I'll certainly try to make time for it, and I hope all of you will post comments, thoughts, and criticisms.