As the world shutdown in the face of viral danger, Cemetechians stepped up to produce and expand a number of projects in May 2020. As always, be sure to check them out for yourself and vote in the poll for your favorite completed Project of the Month.


That's all for May 2020! Congratulations to everyone who worked on or finished projects this month, and stay tuned for June!
I've made some things. You should too!
↑
Quote

I'm fairly certain Alex from LTT is going to win PotY this year, lol. I hope he shows up again when it happens!
NEEDS MOAR ANS
↑
Quote

Some of these projects already feel like far more than a few months ago to me, such is the weird timelessness of COVID-time. In particular, thanks for reminding me about about the custom-laptop-in-a-Powerbook project; I was particularly enthused about that, and I hope you are still working on it, Sam!

I thought the calculator water cooling was cool. It seems really pointless and stupid, but when you see the finished product, it actually looks kind of cool.

I was kind of disappointed that he didn't do anything with the 84PCEs TI sent him, someone should tell him that all those have functional OS's and can still run assembly programs. I imagine they'd be good for something, it'd be neat if he tried out a bunch of shell apps for some sort of "What's the Best Calculator OS?!" video, with some clickbaity thumbnail of Raid Shadow Legends on the calc or something.
Most of my basic goals and needs have been met, so now I'm just trying to kill as much time as possible before I run out of it.

KermMartian wrote:
Some of these projects already feel like far more than a few months ago to me, such is the weird timelessness of COVID-time. In particular, thanks for reminding me about about the custom-laptop-in-a-Powerbook project; I was particularly enthused about that, and I hope you are still working on it, Sam!

Very much so! I'm still waiting to make an update post until I have it running Windows, but I've made a lot of progress in the background (mostly researching different ways to do things). I've successfully mounted and plugged in my GPU, motherboard, and the plexiglass cover that covers it all. Right now I'm working on milling a custom, extremely low profile CPU cooler from my existing heatsink that will hopefully bypass the need for heat pipes, which I had quite a lot of trouble bending to my liking without it kinking, as well as hooking up my comically powerful fans. Expect an update within a few weeks once I have those parts installed.

I do admit I left that project sitting in a closet for some time when I just couldn't find a way to get those darn heat pipes to work. I'm working with just too tight tolerances to bend my heat pipes by hand and not machine. Anyway, here's what it looks like right now: 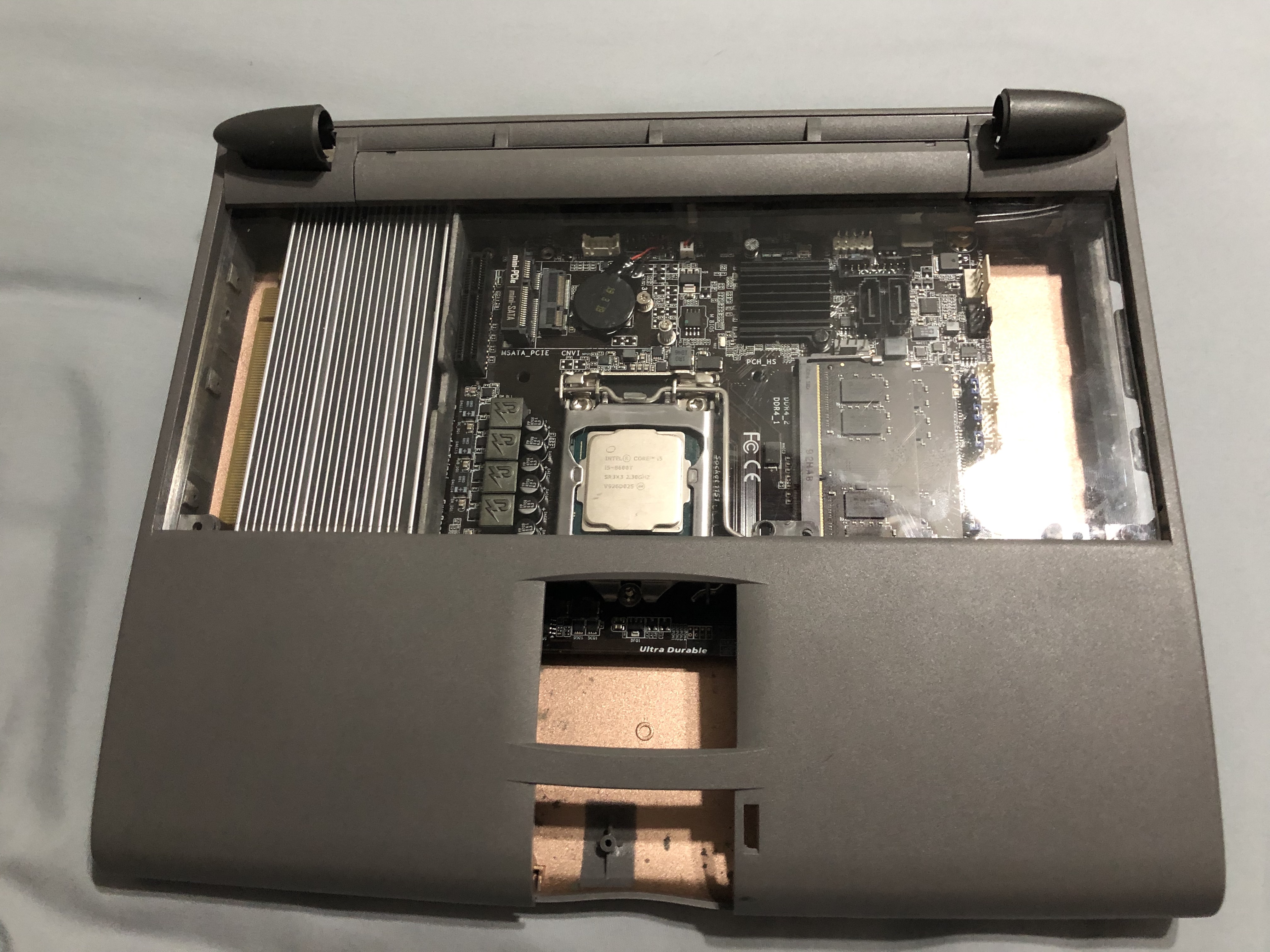 Getting praise from Kerm just hits different. My day is made.
NEEDS MOAR ANS
↑
Quote
Register to Join the Conversation
Have your own thoughts to add to this or any other topic? Want to ask a question, offer a suggestion, share your own programs and projects, upload a file to the file archives, get help with calculator and computer programming, or simply chat with like-minded coders and tech and calculator enthusiasts via the site-wide AJAX SAX widget? Registration for a free Cemetech account only takes a minute.