It has certainly been a long time since I've posted a calculator project here.
I am going to preface this by saying this is NOT an emulator with a focus on speed or user-friendliness. This project falls squarely in the "because I can" category. I wanted to experiment with CE dev and because I had never ported any software before, I wanted to try doing that.
I found agnes and gravitated towards it due to its portable design and well-abstracted interface that would let me focus on CE implementation without focusing too heavily on the NES development side of things. Because the porting process focused on the CE side of things, this emulator is unacceptably slow for anything other than saying "It works!". Also, the emulator is coded in C, which is already a death sentence for acceptable speed in an emulator.
The hardest aprt to set up was the graphics and that led to messier code than I would have otherwise written. 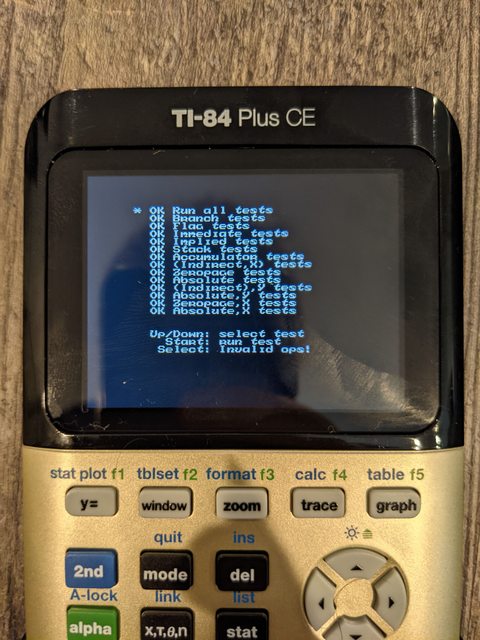 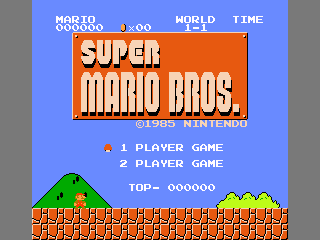 That is pretty dang awesome

How bad is performance really?
↑
Quote

Using my very advanced smartphone stopwatch, I calculate anywhere from 2 to 20 seconds per frame in the nestest menu. My guess is that interrupts cause longer frame times when I'm not pressing a button.

I just pushed out an update that separates the ROM from the internal program file and more properly reads it from an AppVar instead. The new version is pushed to GitHub
↑
Quote

Awesome work. I see no problem with doing the exercise just to see if you can. From here you can try and improve performance, but at least it's all working for a start!

Maybe eventually you can load ROM's from USB too 😀
"My world is Black & White. But if I blink fast enough, I see it in Grayscale."

This is looking great! I love the idea of this project and I'm excited to see it completed. Keep working hard at it, ordelore!

, I know your not orientated to increase speeds just yet ... But there seems to be a ton of "switch" statements in agnes (switch statements have a bit of a Tendency to slow runtimes down a bit, correct me if I'm wrong <.< ).

Anyways I look forward to seeing the development of the project/port!

Even if it's not feasible to actually play games on it, that's pretty impressive. Great work.