After a bit of trash talking in IRC, I decided to dig into everyone's favorite bot, DecBot3 by Merth, particularly the karma portion of the bot, although the quotes portion also has a lot of A+ meemz

. It turned into a bit of an excavation project...
Anyways, here's all the Mateos that have received Karma 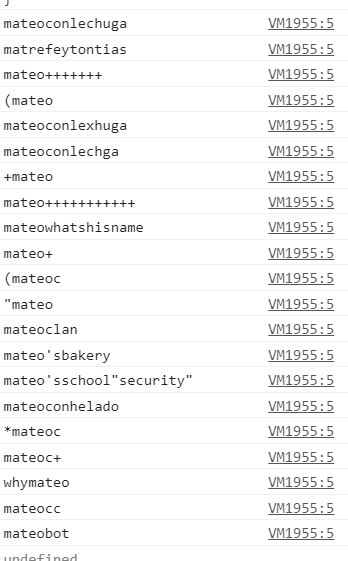 I think everyone should know that shamefully, when you ++ someone, in the code, the score is +='ed instead of being ++'ed.
I'm aware that this is due to the fact that you can increment someone's score multiple times in a single message, but I still think its unacceptable.

I don't know what I expected, but the bottom of the karma scores is mostly just typos and code snippets... 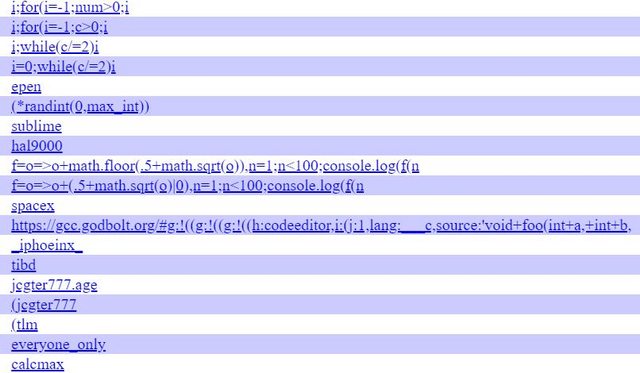 Also, you can't give karma to a string longer than 100 characters. The longest string to have received karma is:

I didn't know this, but karma, kamra, karm and krama are all valid commands to get a user's karma

There are also alternative spellings for other commands

Good to know, any chance some of these non-user or accidental scores will be cleared out?

For what it's worth, matrefeytontias is a real user and is not Mateo.

KermMartian wrote:
For what it's worth, matrefeytontias is a real user and is not Mateo.

Ah yeah, I can't remember what my script was looking for but I guess that was close enough to match and I didn't catch it. I don't really like that idea of cleaning it out, pretty much each one has a story behind it and if you rummage through the logs, it can be fun to read what the context was