In 2007, Texas Instruments first introduced the monochrome, oft-nicknamed "aircraft carrier" TI-Nspire graphing calculator, its very first foray out of the well-loved TI-8x product lines. That milestone went utterly unremarked here at Cemetech, rating not even a news article. The TI-Nspire came in two forms, the TI-Nspire (without a CAS, roughly equivalent in mathematical features to the TI-84 Plus Silver Edition, and the TI-Nspire CAS, roughly equivalent to the TI-89 Titanium. In February of 2011, TI refreshed the TI-Nspire line with color screens in the calculators known as the TI-Nspire CX and TI-Nspire CX CAS. At that point, Cemetech did pay heed, speaking out about the programmability of the TI-Nspire CX versus Casio's recently released Prizm calculator, sharing that TI reached out to announce Lua support, and eventually reaching a détente with the calculator and its makers. Since 2011, the TI-Nspire CX has not undergone any major updates. Sure, the hardware has gradually advanced, the OS has gained features, and plenty of community-written software has appeared for the device, but TI has stuck with a formula that appears to work.

Recently, our friends at TI-Planet uncovered eBay listings hinting at a new TI-Nspire CX CAS II, and we were able to find some evidence to support the existence of such a calculator. It remains unclear what is new about this version: the models sold appear to possibly be a new TI-Nspire CX CAS II case wrapped around old TI-Nspire CX CAS hardware, the key layout is the same, and the case appears largely identical aside from those snazzy blue sides. We anticipate that TI may announce the TI-Nspire CX CAS II during the T^3 International Conference 2019, and we'll certainly be there to share the news if they do. In the meantime, good luck with wild speculation! 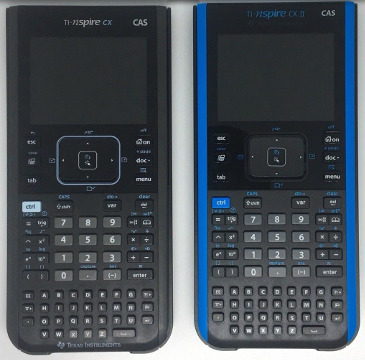 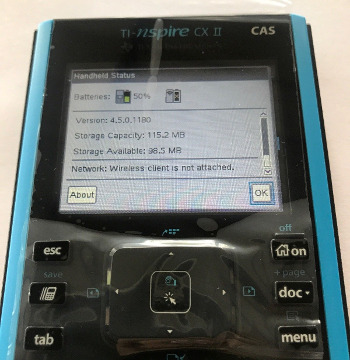