Cemetech will once again be showing off coding and hardware hacking with graphing calculators at World Maker Faire in New York City this September 22nd and 23rd. Our volunteer team has reduced Cemetech's presence at the Faire to such a science, this article is sure to be a blatant copy-and-paste of past news articles about our appearance at World Maker Faire. Our first appearance at Maker Faire was now six years ago, with rather rudimentary displays; in the years since, we have gone through many iterations of our demos and displays, ending up with what I humbly believe is a fairly polished booth. Over the years, I've been joined by dedicated Cemetechians Alec "qazz42" Szigeti, Tim "geekboy1011" Keller, Thomas "elfprince13" Dickerson, Nathaniel "Eeems" van Diepen, Fred "mr womp womp" Desautels, Danial "Pieman7373" Leath, and Botboy3000, who have volunteered their time, effort, and money to help make our Maker Faire booth a success. We have garnered some modest press coverage, we have collected a few new Cemetech members and reconnected with old ones, but most importantly, we have introduced probably tens of thousands of Faire visitors to the fact that they can learn programming, electronics, and other STEM subjects with their graphing calculators. We're excited to continue that mission this September.

This year, we're bringing back all of our proven displays. Here's what we're displaying:

Do you have something new you want to see to refresh these admittedly time-worn examples of what we do? Please post in the attached topic with your ideas, or better, make something and bring it! What can you contribute? In addition, if you're in New York City, we encourage you to hop on the 7 train to 111th Street in Queens and come visit World Maker at the New York Hall of Science. We'll be there 10am to 6pm, Saturday and Sunday, September 22nd and 23rd. See you there! 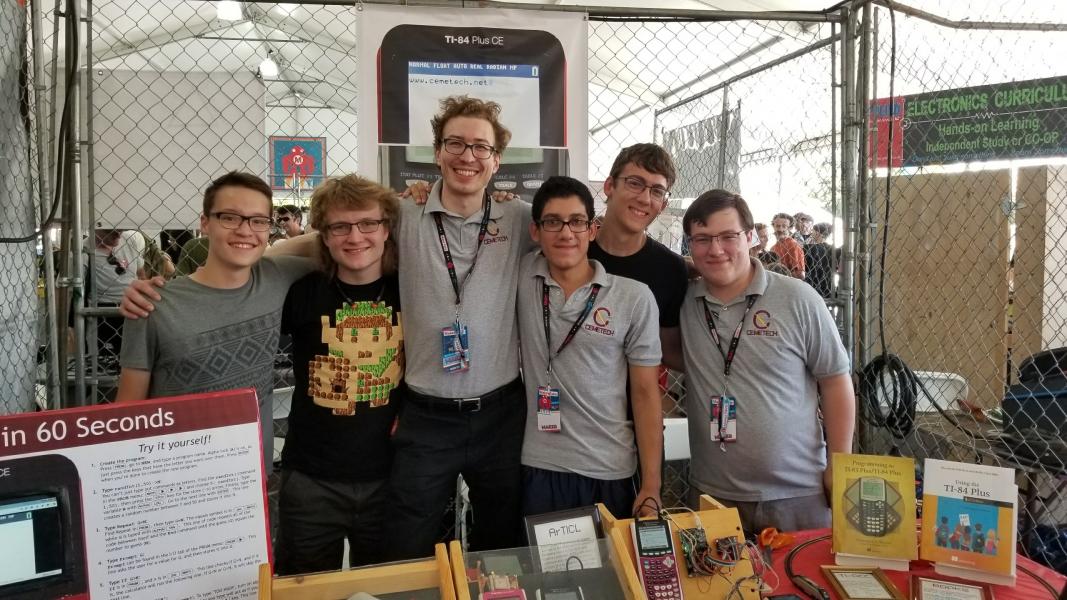