The final poll for the ultimate project of the Year 2016 has finished a while ago, and we are happy to present the results!
First off, we would like to thank all of you Cemetechians for making this possible. There are those who actively worked on projects, those who helped, those who just lurked around watching and encouraging, those using, and finally those voting in our polls. And every bit contributed and helped. So, thank you! For making, helping, watching, using and voting! And hopefully you will participate in this year's Projects of the Months and Project of the Year! The competition was hard, and, as some users have pointed out, all projects were worth being featured. So this is what we will do! Let's have a small countdown.

6th Place was shared by a bunch of, accordingly, 6 projects. 5th Place is another port of a classic arcade game. Few people have never heard of the famously frustrating game "Flappy Bird", which made its round in the mobile game market a while ago and spawned hundreds of clones. And now it comes to your CE, thanks to Cemetechian Rico! The graphics are very much authentic, there is no lag and overall, you wouldn't realize it runs on your calculator if you didn't see the keyboard!

4th Place was taken by MateoConLechuga, who created something for those thinkers among you who like board games. "Chess CE" brings the game of kings to your CE. And with it comes a decent and surprisingly fast AI, for quick games and when your usual opponents have no time or will to play with you!

3rd Place brings us to the interesting positions. With a rich and very long history, a project which seems to have been with the calculator community forever, Sorunome's "Reuben Quest: Lost Between Times" role playing game in grayscale has taken third place. This program has seen an exceptional amount of work and effort, and this is noticeable in the superior quality. There is one more remarkable thing about this project: It is the only one out of the eleven featured in this list, which is not for the TI-84+ CE, but for the good old classic monochrome TI-83/84/+ series. So, those of you who still like to stick with the classics and never switched to the CE should most definitely have a try at this!

2nd Place, an honorable rank, was taken by a tool that definitely deserves it. Nearly a third of all votes were cast in favor of our busy MateoConLechuga's "CE C SDK and Libraries". The development of this project has been a major, almost historic step for the calculator community, as it extended the TI-84+ CE platform's uses to those people who know how to program in C. This spawned a large amount of high quality Assembly games which were written by people who sometimes do not program in Assembly, but gained the opportunity by using the C SDK. And even if you do not program in C but rather have some games on your calculator - chances are, MateoConLechuga made this possible in the first place, if some of the games were written in C. Thus, Kudos to you, Mateo!

1st Place, our absolute winner with 50% of all votes: PT_'s "ICE Compiler". Few calculator enthusiasts have missed it, and those who did should be ashamed of themselves.

A while ago, Axe was the programming language of choice for many games on the monochrome series of calculators. Once the TI-84+ CE was released, there was a rather long period when the main programming work was done in Assembly. And then, in quick succession, the C SDK and ICE Compiler were released - which allowed the platform to gain a large amount of programs and games running in Assembly. For good reasons, the ICE Compiler was called "the Axe for the CE" - just as Axe, ICE creates a good bridge over the canyon between TI-Basic and Assembly. 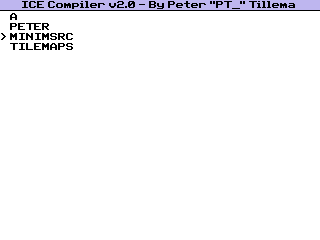 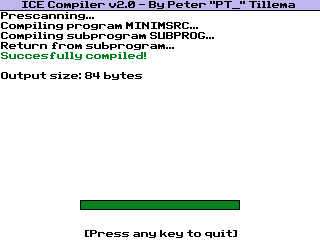 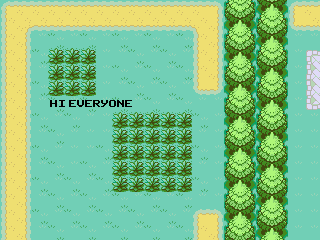 While the former is rather easy to learn and use and well suited for complex mathematics, it is practically too slow to create advanced graphics or fast game calculations. Assembly, on the other hand, has a very steep learning curve and may sometimes be a mess to program in, but it makes up with insane speeds and super-low level control which is not offered by TI-Basic. And this is where ICE pitches in: The compiler brings a new language to the calculator which is in many aspects similar to TI-Basic. It has a similar syntax, is very high level and easy to use. Programs are written in the same OS editor as regular TI-Basic. And then, the magic happens - your high level, easy to write code is compiled to low level, super fast Assembly. There are even more benefits that that, though! Given the low level of the resulting language (the lowest, in fact

), ICE offers superior control over the calculator than TI-Basic does. This includes "normal" things like file I/O, but also normally low level only concepts such as pointers and precise data manipulation. This combination puts ICE into the position of being the language of choice for games, as it allows fast, low level graphics, as well as (still fast), higher level maths. Another big pro is that ICE integrates with Mateo's C SDK, allowing you to write even more complex projects. 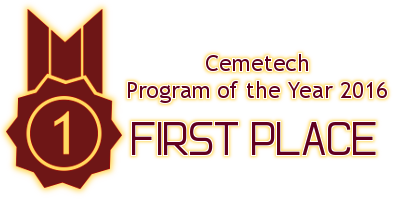 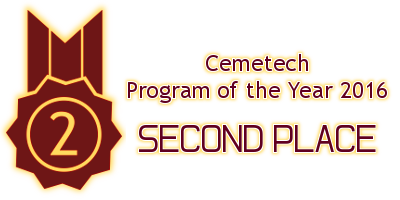