As an upgrade of his own game Dragonsglid, in which where you have to fight randomly spawning enemies and a hard boss, this program has some nice-looking graphics, tilemaps, sprites and much more interesting elements. Between the start of this project, and this past week, he posted a lot of nice development screenshots of maps, battles, loading/saving, dungeons, and last but not least, the unknown hero. Along the way, he had a team of dedicated private beta-testers who provided feedback and helped to uncover bugs. The only problem that might occur, is the memory error, as this RPG takes up a lot of RAM, but with the help of DoorsCSE, you should be able to run this program. We of course hope that with the (eventual) advent of Doors CE 9 on the TI-84 Plus CE, this game will be able to run as-is on the newest calculators. So what are you waiting for? Take up your arms, grab your calculator and get ready to fight! 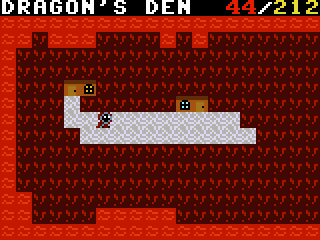