In one of our exploratory forays away from the Cemetech booth at T³, we had the opportunity to play with the calculators being used to demonstrate the new TI Innovator System. As strings are anticipated to be the primary method of communication with the Innovator modules, including for transfer of potentially varying numerical data, several new commands are in the works, which should ease that perpetual thorn in the side of TI-BASIC programmers. 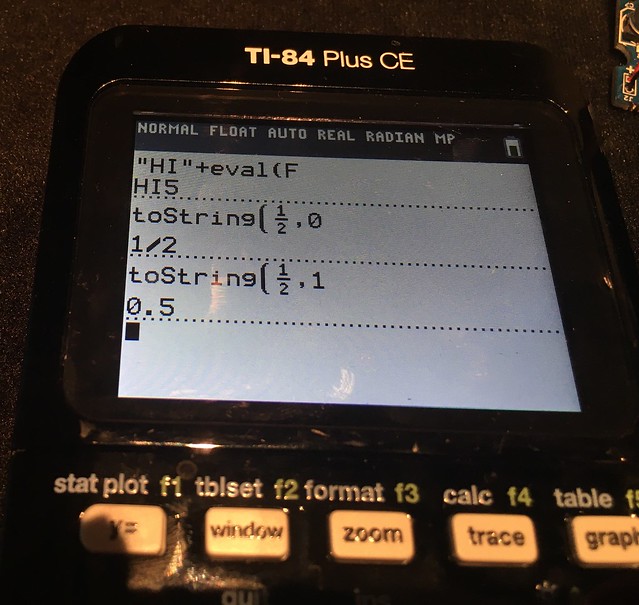 Unfortunately, it must be emphasized that while knowledge of their existence is very exciting, these commands are still under development, and our contacts at TI have communicated it's possible that developer attention will be needed elsewhere between now and their release in a public OS version.