For the past three years (2012 recap, 2013 recap, 2014 recap), Cemetech has been showing off programming and hardware hacking with graphing calculators at World Maker Faire in New York City. This September, we'll be reprising our role once more, presenting our latest programming instruction and hardware hacks at World Maker Faire 2015. Held in Flushing Meadow Park next to the New York Hall of Science the weekend of September 26th and 27th, the Faire will hold the latest and greatest in DIY hacking. This will be the Faire's sixth year, and each year that we've attended, it has grown in popularity, attendance, and most importantly, the quality and variety of projects displayed. We have been brainstorming our plans for the Faire, and our team has begun building the various displays we'll need for the occasion. We hope you'll come visit our booth if you're in New York in late September, and we'll bring you more updates on our preparations as they unfold.

A selection of photos from our booth in 2014. 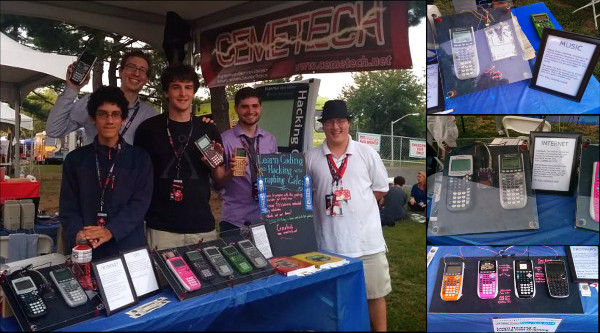