Cemetech's Minecraft server in its current incarnation has reached 14 months of age, and over those 14 months of Minecraft 1.7 and Minecraft 1.8, we have seen a flourishing world of cities and rivalries grow. Dozens of Cemetech members have built towns and nations around our growing map, railroads connect the far reaches of the world, and almost every day sees mining, building, and PvP. Unfortunately, although we originally envisioned the map as a bastion of very creative, clever PvP, this play style is no longer tenable. Specifically, we have found that our current userbase and game mechanics make it difficult to separate the rivalries and politics of Minecraft PvP from the real world, which has led to hurt feelings, alienated players, and decreased activity. Therefore, in the spirit of revitalization, we are proud to announce Cemetech's "new" Intellectual Survival server!

What does this mean?
So what are you waiting for? Come check out the Cemetech Minecraft server at mc.cemetech.net, and bring your friends! To kick things off, the server has been visited by a mysterious rogue known only as the Jack of Spades, who has sent us the following message:

I must away from this land of mischief and hills. Alas, I have hidden my treasure of ages, with spoils and riches from the far reaches of this map you cannot begin to touch, deep within the map (or perhaps way up high?). The clues to my treasure number three, and as you search, waypoints and valuables shall mark your travels. To search, perchance to dream: a lofty checkered room from a long-fallen empire marks your first clue.

If you choose to pursue Jack's riddles, you may find significant riches and unique items that will make your search worth your while. I only ask that if you do so, you post screenshots of your findings here in this thread. 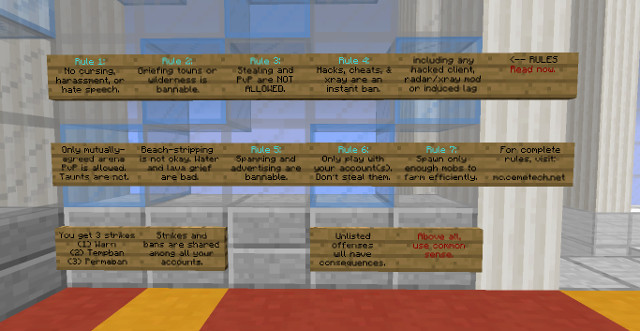