We have been exploring the TI-84 Plus C Silver Edition and its programming capabilities for over two years now, but to date, very few monochrome assembly programs have been ported to the calculator. We have seen a shell, Doors CSE, ported from its monochrome equivalent, and games like Spaze Invaders by JamesV, Puzzle Frenzy by MateoConLechuga, and Jezzball by yours truly. However, there has been no concerted effort to port the vast library of existing monochrome programs and games from the TI-83 Plus/TI-84 Plus calculators to the color TI-84 Plus C Silver Edition (and soon the TI-84 Plus CE). That has recently changed, thanks to the efforts of MateoConLechuga, tr1p1ea, JamesV, Iambian, Hooloovoo, and other Cemetechians.

Two weeks ago, MateoConLechuga posted his first experiments making Sam Heald's famous Mario 1.2 game for the TI-83 Plus/TI-84 Plus run on the TI-84 Plus C Silver Edition. His project, later renamed the Mono2Color project, attempts to re-assemble monochrome programs for the color calculator rather than implement some sort of emulation or translation layer. The biggest necessary changes are in the LCD code; Mateo solves this by re-implementing iFastCopy and text routines to use a temporary graph buffer and half-resolution mode to get a surprisingly high framerate with minimal modifications to how the programs and games function. With feedback and parallel work from JamesV, Iambian, and tr1p1ea, additional programs were tested with this technique, including JamesV's Alien Breed 5, a 3D maze program, a 3D Rubik's Cube program, and a tunnel game. They continue to try to make it even easier to create fast, high-quality ports of monochrome assembly programs, so please stop by the Mono2Color project thread and offer feedback, encouragement, and if you're an assembly programmer, your expertise. In addition, I'm exploring how feasible it is to include helper functions to make Mono2Color projects work with Doors CSE for the TI-84 Plus C Silver Edition and TI-84 Plus CE, and MateoConLechuga (and now me) will be working on a MobileTunes CSE port of the storied 4-channel TI-83 Plus/TI-84 Plus music player.

Serendipitously, Hooloovoo has also posted a topic showing off his work creating a TI-84 Plus C Silver Edition port of Michael Vincent's emu8x emulator. His work will allow at least the TI-82, TI-83, TI-85, and TI-86 to be emulated on the color calculator(s); his biggest obstacles at this point are also fast, efficient LCD emulation code. We will be following his progress keenly, and hope that this is a project that will find a home on many users' TI-84 Plus C Silver Editions in the months to come.

emu8x Comes to the TI-84 Plus C Silver Edition 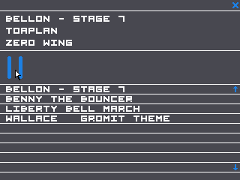 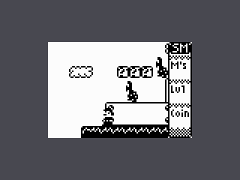 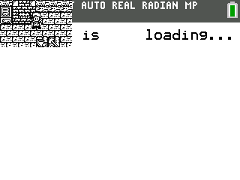