It's been a good year for us all.

:: The TI-84+ CE launched. A few months later we had a very thorough review and a few months after that the first assembly programs were available. Somewhere in all of that SourceCoder 3 was updated with z80 and ez80 support! Towards the end of the year we had Cesium, the first shell for the TI-84+ CE! Which prompted KermMartian to get his rear in gear and get started on DCS9.

:: We had another T^3 - which took place over March 14th, and yes pie was served! - and Maker Faire where Cemetech encouraged festival goers to program a game on a giant calculator in as little as 60 seconds.

:: In activities outside of the site, one of our own administrators, elfprince13, got married to elfprincess13.

:: On the recreational side of things, our Minecraft Server switched from a PvP to a PvE status. Discussion is currently underway for the 1.9 server which is set to replace the currently existing world which has been around since MC 1.7; the current server has been growing and being actively built within for roughly 24 months! 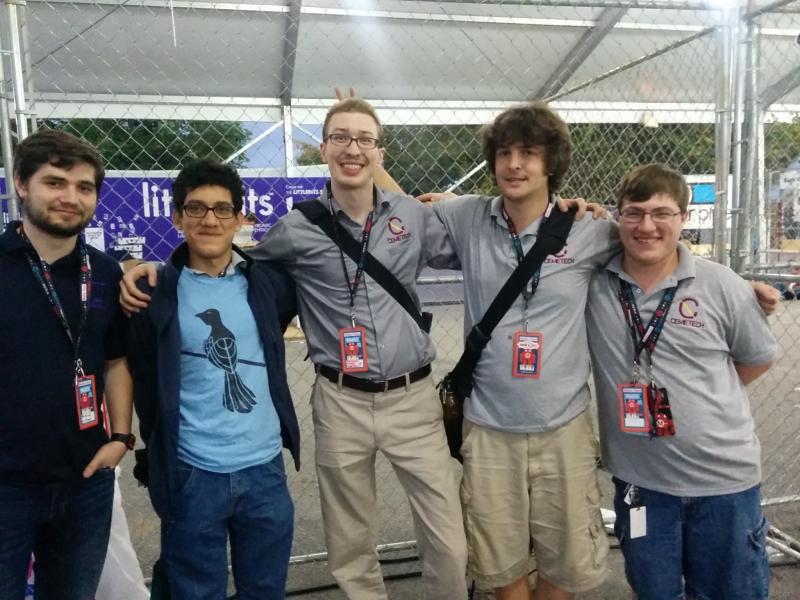 With that, all of the admins, global mods and mods here at Cemetech wish you Happy Holidays and a Happy New Year! Here's to more awesome things in 2016! Did you guys get any calculators? One of Kerms books? An Arduino?