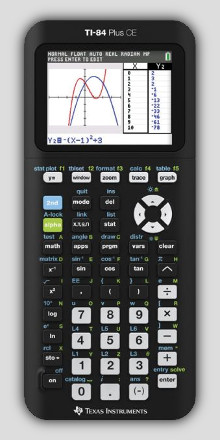 Back in November 2012, Cemetech was the first to announce the existence of TI's first color-screen non-Nspire calculator, the TI-84 Plus C Silver Edition. Now, two years later, we are thrilled to bring you a first look at TI's new TI-84 Plus CE calculator. A natural evolution of the TI-84 Plus C Silver Edition towards the thinner, lighter feel of the TI-Nspire CX and the HP Prime calculators, this new model appears to answer many of the complaints about the TI-84 Plus C Silver Edition. However, there is much we still don't know about the calculator (see the More Information links at the bottom of this article). Here's what we do know so far, based on TI's and Vernier's released info: What do you think about this new calculator? Is it the answer to bringing the TI-83+/TI-84+ line into the 21st century, or is it a misguided attempt to refresh a disappointing calculator? We on the Cemetech administration team are very excited at TI's continued commitment to the TI-84+CSE series, hope we'll be able to update our books, documentation, and tools to support the new calculator soon, and can't wait to get our hands on the device!

Getting Started with the TI-84 Plus CE