Back in November 2013, I released Doors CSE 8.0, the first shell for the TI-84 Plus C Silver Edition. Although the shell code was the product of my work, and many of the powerful hybrid BASIC routines included were the direct work of Patrick "tr1p1ea" Prendergast or more indirectly "Iambian" Zenith, much of the community had a hand in its creation. I initially did not plan to create a TI-84+CSE shell, and I thought my days of actively developing code in the Doors CS lineage were behind me. However, the community made its voice heard, the need for a TI-84 Plus C Silver Edition shell was heard, and Doors CSE 8 came into being. After listening to the pulse of feedback from developers and users, we are proud to present the next iteration of Doors CSE.

Doors CSE 8.1 builds even more stability, more features, and more tools for programmers into Doors CSE. Doors CSE lists and can run all of your TI-BASIC and Assembly games and programs. It lets you organize your programs into folders, and archive, lock, copy, rename, delete, and hide them. It gives you extra features like an enhanced TI-BASIC editor, a clock, lowercase letters, and much more. Doors CSE 8 also contains the powerful xLIBC library by Patrick Prendergast and Celtic 2 CSE, which will make color TI-BASIC programs and games more powerful, useful, and fun. Doors CSE 8.1 now also includes fixes to the Celtic 2 CSE libraries and the xLIBC functions, more xLIBC tools for hybrid BASIC programmers, and the ability to list and run Apps (Applications) from within Doors CSE 8. Here's what's new: Many thanks once again to all of the programmers, users, beta-testers, and Cemetech staff who made this possible. Special thanks must go to Electromagnet8, tifreak8x, and Merthsoft, who provided thorough information to track down difficult bugs, and tr1p1ea, who continued to improve xLIBC with new fixes and features. 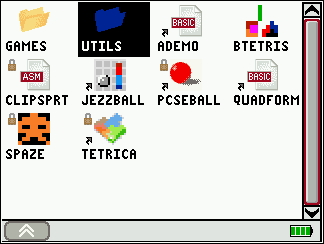 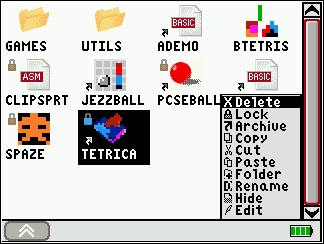