STEM education is one of Cemetech's primary focuses: we believe strongly that Science, Technology, Engineering, and Mathematics instruction needs to continue to be a primary area for improvement in modern primary and secondary education. To that end, we are happy to present three STEM-related pieces of news. First, President Obama announced a National Day of Making three days ago celebrating DIY making, entrepreneurship, and STEM education efforts in and out of schools. Second, TI has announced a new activity in their popular STEM Behind Hollywood initiative, joining the three existing activities in getting students excited about STEM (and graphing calculators). Finally, while we have not officially announced Cemetech Contest #12, we want to unofficially present its topic so that the members of the community can start working on their entries.

The Natonal Day of Making 2014, declared on June 17, 2014, aimed to celebrate everyone "from students learning STEM skills to entrepreneurs launching new businesses to innovators powering the renaissance in American manufacturing". As a community of programmers, teachers, engineers, and creators, we find this sentiment to particularly resound. We think STEM education, especially in its capacity to instill a thirst for scientific, mathematical, and technical knowledge in the youth and adults of today and tomorrow, should be a worldwide priority. While we have members from all over the world, we have a disproportionate number of US constituents, and we support any effort that will succeed in making more students approach STEM as a fun, attractive, and engaging field of study. To that end, we're also happy to mention that Texas Instruments has released their fourth STEM Behind Hollywood activity, "Superheroes". Since TI announced the STEM Behind Hollywood program nearly a year ago, four modules have been published, covering zombies, forensics, asteroids, and now superheroes. The TI leadership that we spoke to at the company's T^3 2014 conference in Las Vegas universally expressed excitement at how successful the program has been in the classroom and at the success stories of classroom engagement that teachers have been bringing back. We hope that the program continues to interest students, and we continue to wish there was a TI-83 Plus/TI-84 Plus version of the program.

On a potentially-related note, the twelfth Cemetech Contest being held this summer. We are waiting to receive prizes donated by our generous and currently anonymous donor, but in the meantime, we'd like to announce the general guidelines for the contest. Cemetech Contest #12 will cover educational programs for the TI-83 Plus and TI-84 Plus family, with games allowed by the educational aspects of programs strongly emphasized. While last summer we required a physics focus in Cemetech Contest #10 submissions, this year the educational content can be math, science, geography, history, literature, or anything else you'd care to make. If you really want to wow the judges, you could try porting the STEM Behind Hollywood activities to the z80 calculators. Look for the official announcement coming soon, but in the meantime, you can start your entries. The normal rules apply: you may not release any code or request code help from anyone here or elsewhere under penalty of disqualification, and you cannot enter any programs you have previously publicly announced. Good luck! 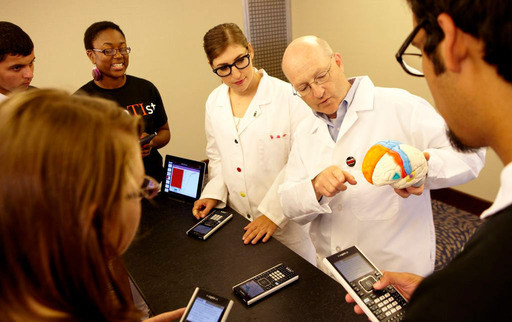