Dr. Steve mentioned that STEM Behind Hollywood will soon be introducing a new activity, "Zombie Apocalypse II: The Humans Strike Back." It will teach students about pH, and how understanding pH could save humanity from zombies. T^3 continues with just under one more day of talks, sessions, and meetings, and we will continue to bring you news about everything we discover at this cornerstone annual conference. 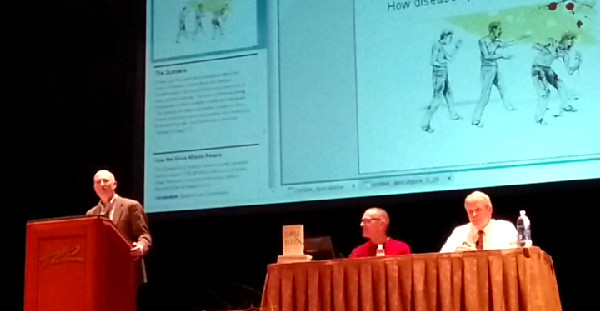