We tend to focus on TI Education's technology and educational mission (and the equally fascinating calculators produced by their competitors), but every once in a while we need to turn our attention to the company itself. After twenty years with TI Education, Melendy Lovett is retiring, having served as President of the educational division for a decade. As announced by Texas Instruments a few days ago and simultaneously shared with us, Peter Balyta, Ph.D. will be stepping up to President of TI Education from his previous position as Executive Director of Worldwide Marketing & Product Strategy. Two Cemetech administrators had the pleasure of meeting both Ms. Lovett and Dr. Balyta last year in Philadelphia at the T^3 2013 conference, and the Cemetech staff would like to express the best wishes to both. We thank Ms. Lovett for her years of dedication, without which many of the devices that have made our educational and not-so-educational projects may not have existed. In addition, the many thousands or tens of thousands of students who learned to program with graphing calculators and later pursued STEM fields as a result of this passion may have taken different paths. At the same time, we wish to congratulate Dr. Balyta on his new position, and we will be very interested to see where TI Education will go from here.

Although we here at Cemetech have a deep-seated love for physical graphing calculators, many believe that they will evolve significantly over the coming years, a change heralded by the Casio Prizm, TI-Nspire, and HP Prime. Some even go as far as to prophesy the demise of the dedicated graphing calculator, claiming that smartphones and tablets will replace them in the classroom and on standardized tests. No matter what the future of graphing calculators may hold, we will follow with rapt attention, and we look forward to see what hand Dr. Balyta will have in this evolution. We will try to get a statement from Dr. Balyta at T^3 2014 in Las Vegas, though we're sure that TI and its competitors have ideas for the future that will stay under wraps for the time being.

Once again, our appreciation two decades of dedication to Ms. Melendy Lovett, and the best of luck in his new role to Dr. Peter Balyta. 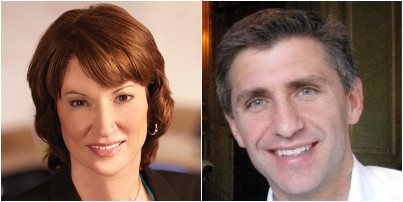