Last year, Cemetech made a strong showing at World Maker Faire, held the last weekend of September in Queens, New York. We first announced that we'd be presenting our work at the Faire in mid-September, and over the following two weeks, I planned the exhibits. Last year, I (administrator Christopher "Kerm Martian" Mitchell) was the primary presenter, assisted by Cemetech member Alec "qazz42" Szigeti and Sara "mreksm". The title of our booth was "Hacking Graphing Calculators", although the focus of our discussions with visitors bridged the three symbotic areas of learning programming via calculators, learning hardware hacking via calculators, and the history of graphing calculator hacking. It was a fun and tiring weekend; we were awarded the Educators' Choice Award at the Faire, and I was interviewed by Hackaday about the state of the art of graphing calculator programming and hacking.

This year, we'll be returning to World Maker Faire 2013. With less than two weeks left until setup, there is a lot to do. We need to design brochures or handouts (last year we had bookmarks with information about Cemetech and about "Programming the TI-83 Plus/TI-84 Plus"), we need to figure out what we'll be displaying, and we need to coordinate what we want people to take away about the community. In a very real sense, the Faire gives us the opportunity to be community ambassadors to thousands of young adults (and parents), and I think it's a good opportunity to open more students' minds to the value of learning programming with their graphing calculators. Please help us figure out what to show and talk about at the Faire in the attached thread. Elfprince13, geekboy1101, qazz42, and Mreksm will all be coming this year to help out, and I look forward to their help with ideas and execution. 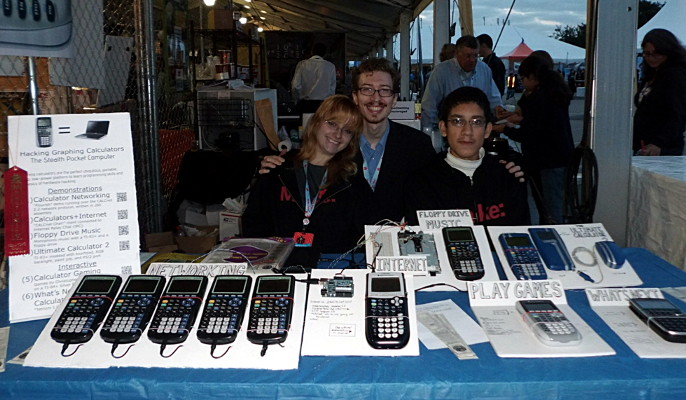 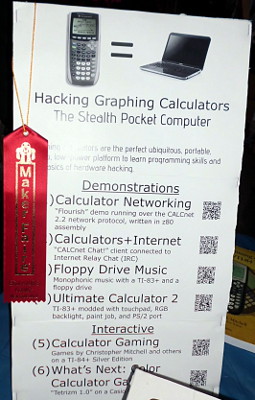