When the Casio Prizm was released nearly three years ago, Cemetech users were enthusiastic about the device and its potential programmability. It was the first color-screen graphing calculator available, and with Casio's traditionally lax attitude to calculator programming and hacking, we hoped to be able to make it able to do much more that its creators imagined. This largely came to pass, with programs and games like a port of Doom (video), a 3D graphing utility, Conway's Game of Life, Tetris, Minesweeper, and many others. Despite attempts and idea, a CAS (Computer Algebra System) for the calculator never materialized. A CAS would allow the Casio Prizm to work like the TI-89 or Ti-Nspire CX CAS calculator, able to perform symbolic rather than just numeric computations. For example, you could compute (x+2)(x+1) = x2+3x+2 instead of needing to substitute in a number for x.

Now, Cemetech member and prolific Casio Prizm coder gbl08ma has ported a working CAS to the Prizm. Called Eigenmath, this CAS is both small and powerful, well-suited to the power (and limitations) of the Casio Prizm. Despite a lack of documentation and support from the original developers of the open-source Eigenmath project, gbl08ma has created a fully-functional and user-friendly CAS that we think will deserve to go on every student and teacher's CAS. Given how many users have come to us over the past two or three years looking for a Prizm CAS, we wish gbl08ma the best of luck in continuing to refine and improve Eigenmath. Note that because Eigenmath is still in active development, gbl08ma has reasons why he doesn't yet want to upload the CAS to community archives. Therefore, you can grab the current version from the (often updated) link at the bottom of this post.

See more screenshots and download Eigenmath, a CAS for the Casio Prizm 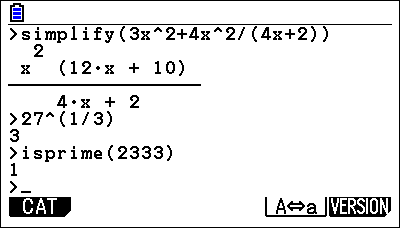 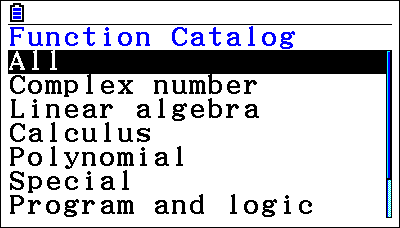