In February 2011, Texas Instruments released color-screen versions of their TI-Nspire graphing calculators, christened the TI-Nspire CX and TI-Nspire CX CAS. Like their grayscale-screened predecessors, the calculators in the TI-Nspire and TI-Nspire CAS line, these new models were meant to update the state-of-the-art of TI's calculators. A complete departure from the familiar homescreen and graphscreen interface of the venerable TI-83 Plus/TI-84 Plus series, these calculators were built around the concept of documents: you create documents in which you performed caculations, you create documents in which you drew graphs, and you can even create documents to write in. Although Cemetech originally had some rather vehement opinions on the TI Nspire CX's lack of programmability, TI eventually assuaged our doubts with the addition of Lua support on the TI-Nspire in June 2011, though some of our numbers still bemoan the lack of native (C/ASM) programmability.

Fast-forward to February 2013, when TI told us about their new TI-Nspire Apps for iPad. Cemetech administrator Christopher "Kerm Martian Mitchell had the privilege of sitting down with Dale Philbrick from TI and Tom Reardon, a teacher who had been working testing the apps, who told him all about their goals and experiences with the apps (reproduced in the article Christopher wrote about that meeting). None of our administrative staff got a chance to try out the apps first-hand, however, until I (indirectly) received a copy of the TI-Nspire CX CAS App for iPad from Tom Reardon. In this review, I'll tell you all about my experiences with the app.

In all, it is worth $30 if you are allowed to have iPads at your desk in class. I think we've only scratched the surface as far as programmability goes. I would recommend finding documentation or a book if you haven't used a TI-Nspire before, but if you have and you can use an iPad in class, I highly recommend this App. 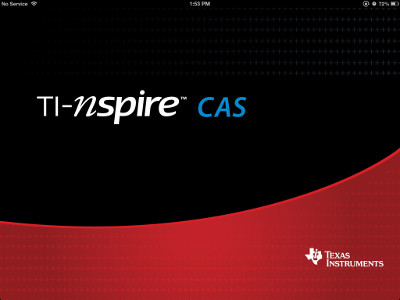 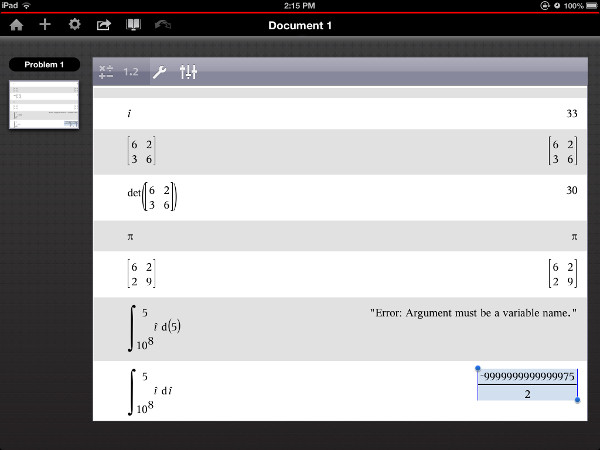 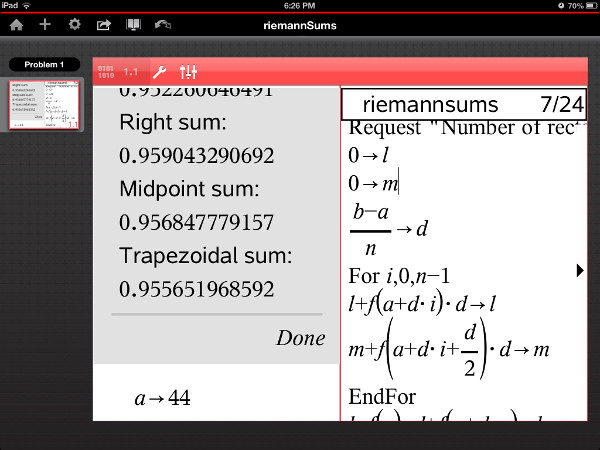