Casio Calculator Entries
The Casio Prizm has remained a very popular calculator here at Cemetech, with its widescreen color LCD and easy C programmability. We received two Prizm entries, as well as our first Casio Classpad 330.
:: Cartix: Physium
:: AHelper: Lift
:: Tari: pLemmings
:: FlyingFisch: Neon Fighter: Blue Edition
All four entries showed a great deal of effort. All four were true to the original programs from which they drew inspiration. Even the scores were extremely close, from 40/70 for the lowest-scoring of the four to 46/70 for the highest. I am happy to award first place to Physium, a beautiful and data-filled periodic table application for the Casio Classpad 330. Congratulations to Cartix for his hard work and for an entry that will surely be useful to many students. He also earned bonus points for a very professional-looking and helpful Readme file. The runner-up goes to AHelper for Lift, an excellent port of the game Elevator Action. He beat out Tari's Lemmings demo, pLemmings, and FlyingFisch's Neon Fighter by a single point, but we at Cemetech eagerly anticipate playing all three completed games. 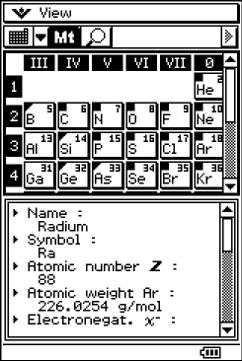 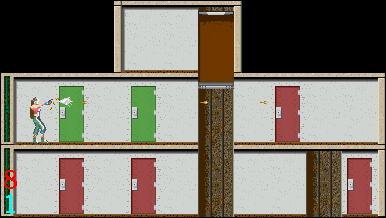