Five months ago, Graph3DP 1.0 Beta 1 was released to the public, showing off some of the features of my 3D graphing Add-In for the Casio Prizm. Today, I am happy to introduce the first release candidate of Graph3DP. Enter one to six 3D equations Z=f(X,Y) in terms of X and Y, adjust the window as need, and spin and zoom the resulting graph! This release candidate includes all of the functions and features of the finished product, including entering multiple equations, graphing, adjusting settings, and even tracing graphs. The underlying equation-parsing system has been overhauled for speed and correctness, and now includes thirteen built-in math functions, from sin() to atan() to sqrt() to ln(). Since the first beta:

:: The equation parser, gCAS2, has been overhauled by AHelper0 to be faster, more accurate, and handle more equation forms.
:: I have made independent changes to gCAS2 to make it more foolproof, support more functions, understand the negative sign, and much more.
:: The 3D rotation subsystem of Graph3DP's custom-built 3D rendering engine has been overhauled to make off-axis rotation possible. Now, when you press the arrow keys to rotate a graph, it will rotate exactly as you would expect.
:: Many issues from the beta have been debugged and solved; many new features have been added, including improved tracing and the ability to quickly toggle which graph(s) are displayed.

As this is a release candidate, I need feedback from you, our faithful Cemetech users. Please test out Graph3DP, put it through its paces, and report any problems, glitches, or useability issues. Please also feel free to mention any positive comments or feedback; once enough users have either reported bugs or given this build a pass, I will be able to publish it as a final 1.0 release.

Editor's note, 9/4/2012: RC1 has been updated to Release Candidate 2. The download link remains the same as below. Thanks to all the Cemetech members who have weighed in with invaluable feedback and suggestions! 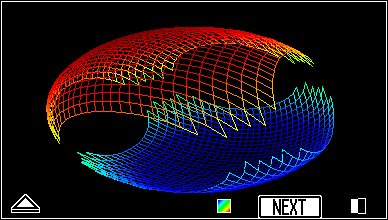 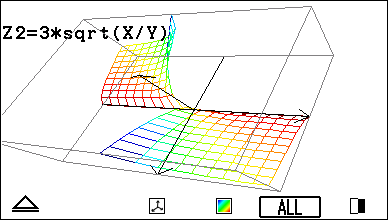