Summertime ennui has set in with a vengeance around the hobbyist programming community, including here at Cemetech. Between summer jobs and internships, fun in the sun, video games, and trips and vacations, many programmers and fledgling engineers are lacking time and/or motivation to work on their software and hardware projects. To tide you over until our next on-topic bit of calculator hackery (spoiler alert: an official announcement of Cemetech's WikiPrizm reference), I have a few smaller announcements to share with you. First off, I'd like to thank CalebHansberry for completing a beautiful Doors CS 7 ornament that I commissioned, which you can see below. It's very nicely-made and shows a great deal of care, and I encourage you all to get in touch with him if you want your own DCS7 (or other) ornaments carved. My ornament is now proudly adorning my desk.

Catherine, sometimes known by her pseudonym _player1537, has compiled a fascinating set of statistics on the conversation in Cemetech's IRC channel, #cemetech on Efnet (irc.efnet.net). You can read her discoveries in the relevant topic, although there are a few items interesting enough to mention here. In the past eleven months of Catherine's log, we spoke an average of 1624 lines per day, with an average of 53 seconds between each line. The top six most talkative users were KermM, Ashbad, Catherine, Aes_Sedia5, Merth, and Forty-Two. At its busiest, 73 simultaneous users were on the #cemetech channel, not counting Cemetech members on SAX. Catherine also compiled statistics about blocks of lines spoken, emoticons used, commonly-used words, and much more, so check the topic for the full billet of fun facts.

On the programming front, despite the lack of activity, many projects are still inching or bounding along. Shkaboinka's erstwhile polymorphic language OPIA has been renamed to Antelope, and with a finalized grammar, he is getting started on an implementation. Long-time community member James_V has joined us here at Cemetech, and is working on Alien Breed 5, a remake of his popular decade-old game Alien Breed IV. Prizm programmers are busy trying to understand how the Conversion add-in works, and I have been struggling with quaternions and camera rotation for the 3D engine underpinning my Graph3DP three-dimensional Prizm graphing program. Many other calculator and computer programming and hardware projects are underway, so for the full scoop, be sure to browse the Your Projects section.

Your assignment: tell us about your own project(s) or recently-completed successes of which you're particularly proud! And don't forget the sunscreen. 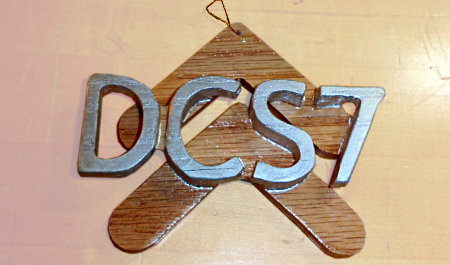