Almost one year ago, I wrote a Cemetech news article criticizing the TI-Nspire CX and promoting the Casio Prizm. I felt that TI's closed-ecosystem attitude towards their newest calculator and disregard for the third-party developer community showed a shortsighted focus on the wishes of standardized testing and a small minority of calculator interests while ignoring the larger needs and wants of the student and developer communities that use their devices. In particular, I expressed disgust at TI's irresponsibility in closing off an avenue for students to learn programming, through which I and tens of thousands of others were exposed to coding. In the past year, Casio Prizm activity at Cemetech has blossomed. From a GCC-based PrizmSDK by Jonimus et alia in August that was updated to v0.3 in November to Merthsoft's Minesweeper, the first Prizm game, to my own Obliterate and Tetrizm for the Casio Prizm, we have steadily forged ahead.

In the past month or two, however, Prizm development at Cemetech has increased dramatically. Some of the key points:

:: I discovered a Prizm Training Program run by Casio to teach students and teachers to better understand the Casio Prizm, with a perk of a free Prizm at the end of the training. Although some members of the larger TI community unfortunately treated it as a giveaway and cheated, lots of Cemetech members completed the training and now have a Prizm of their own. They have almost universally expressed a wish to learn Prizm BASIC and/or C programming for the device, and we are excited to teach them.

:: Cemetech's budding WikiPrizm aims to be a well-organized and authoritative reference to the Prizm. Users like TIFreak8x and YeongJIN_COOL have been working hard to document BASIC tokens, while Merthsoft, Ashbad, AHelper, and myself have been documenting overclocking, the RTC, installing and using the PrizmSDK, and most importantly, the system calls of the device.

:: A great deal of development is occurring. As part of Cemetech Contest 8, Ashbad released a beta of his impressive Raptor space-shooter game. Purobaz's Free Wheel game and Nitrosax's port of The Impossible Game, though both in Prizm BASIC, are both extremely fun. Merthsoft updated his Minesweeper game with an attractive graphical upgrade, which joins his repertoire of games, educational programs such as Periodic, and tools such as the invaluable Character Finder. AHelper has released Sink, a beautiful Battleship game for the Prizm. If you look through Cemetech's Prizm Development Forum, you'll see numerous other threads underway, such as a WAV player, a password-protection program, a calendar and clock, a game called Gravity Duck, and continued investigation of the Prizm's hardware and software.

I'm proud to say that Cemetech members who participated in the Training Program have largely expressed admirable wishes for their new Prizms. Souvik is "plan[ning] on making a Falldown clone for it in C", Spenceboy98 wants to "experiment and explore the capabilities of the Prizm", and thydowulays "would love to help improve the community of calculators by helping with both TI and Casio programming, and [wants] to make an application such as maybe (maybe) an IDE for Prizms to be able to develop C on calc from." Krazylegodrummer56 will "work on some math programs so people can have an easier time in math", and Homer-16 will try "developing for the Prizm in C/C++ once I find the time and a project idea". I applaud these honorable sentiments, and look forward to working with all of you to write great Prizm programs and to keep teaching new Cemetech members the joys of programming.

Please feel free to reply to this post with your general thoughts on the state of Prizm hardware and software development, and/or a pitch about your latest project. I ask that if you want to debate the Nspire vs. Prizm route, that you take it to the relevant topic. 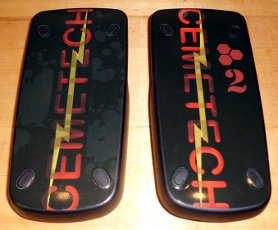 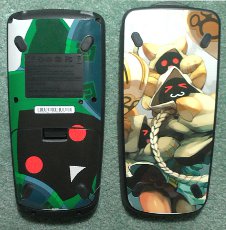 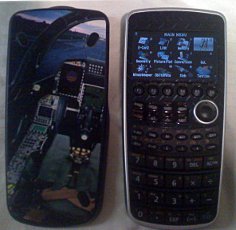