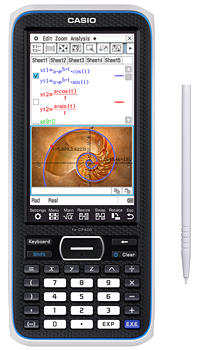 In the past month, Cemetech has been at the forefront in announcing Texas Instruments latest and greatest color-screen graphing calculator, the TI-84 Plus C Silver Edition. Although this is a first for TI's z80 calculator line (the TI-83 Plus and TI-84 Plus series), it is not a first for SAT/ACT-allowed graphing calculators. The Casio Prizm, the fx-CG10 and fx-CG20, was the first color-screen graphing calculator, released nearly two years ago to bring a high-resolution screen and color graphing to students. Cemetech followed that calculator with interest, leading the programming community's efforts to build both educational software and games to the new device.

Now, perennial graphing calculator contender Casio has fired the latest salvo in the arms race of calculator features, updating its ClassPad line with the fx-CP400 calculator. I previously reviewed the ClassPad 330, a device with a huge monochrome (portrait-oriented) touchscreen. With a stylus or your finger, you could write out symbolic equations to solve with the device's CAS, work with spreadsheets and documents, and graph in 2D and 3D. The new fx-CP400 calculator is a refresh of the ClassPad line, replacing that big monochrome display with an equally-big, even higher-resolution color touchscreen. From the released screenshots, the CAS appears to resemble modern computer CASes in features and complexity. The major features, as we see them:

:: Major changes: giant color touchscreen, more modern case design
:: Adds the ability to display in horizontal or vertical orientation, which the ClassPad 300 series lacked
:: Brings some of the real-world/picture graphing features of the Prizm to the ClassPad series
:: Offers 500KB RAM to users; appears to have at least a 2-4MB RAM chip
:: Like the Prizm, appears as a USB Flash drive when connected to a computer. It has a 32MB (possibly 64MB) Flash chip for us programmers to fit our works into.

Needless to say, as a bipartisian calculator website, Cemetech is excited about the latest offerings from every graphing calculator company. Our primary concern is how programmable each new calculator model will be, and how it will give students and others the opportunity to learn programming on each device. We also appreciate how important the clear math pedagogy of each calculator is, and we look forward to seeing how students and teachers will respond to both TI and Casio's latest offerings. We will do our best to bring you hands-on looks at the TI-84+CSE and the Casio fx-CP400 as soon as possible. 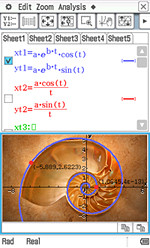 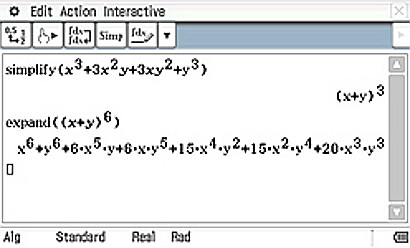 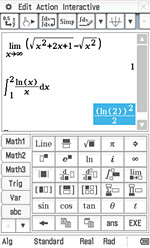