After a handful of weeks spent learning more about AVR-C, the V-USB library for Atmega microcontrollers, and experimenting with hardware, firmware, and host software, I am happy to announce that the so-called "$10 bridge" for globalCALCnet is nearly complete. So named to distinguish it from the thirty dollars necessary to buy an Arduino to build an Arduino-based gCn bridge, the "$10 Bridge" uses only a microcontroller, a USB socket, an RGB LED, a crystal, and a handful of discrete components, the total cost of which sums to roughly that namesake figure. While the device requires slightly more electronics experience and prowess to construct than using an Arduino, it communicates directly over USB, and thus offers faster operation and arguably wider compatibility than the Arduino solution. Pending testing with Merthsoft tomorrow during Cemetech's weekly Have Calc, Will Program collaborative webcast, as well as a few host-side tweaks to detect out-of-order frames and device failures, the gCn 1.0 package will soon be released. I will need to update the gCn whitepaper with information about the new bridge design, its operation, and its construction, as well as re-build the gCnClient software for Linux. Unfortunately, due to geographical constraints, it is unlikely that I will be able to collaborate with Elfprince13 to produce a new Mac OS X gCnClient build to include the $10 Bridge functionality.

Finally, a piece of news that I know is particularly exciting to many Cemetech members, the release of gCn 1.0 will mark the beginning of my efforts to create a direct USB gCn solution that will allow a single TI-84+/SE to connect to globalCALCnet using no other hardware than a miniUSB cable. Myriad technical challenges will present themselves for that project on top of my extreme time constraints this semester, but I shall do my best. Feel free to post in the attached topic, ask any questions, and give me feedback. 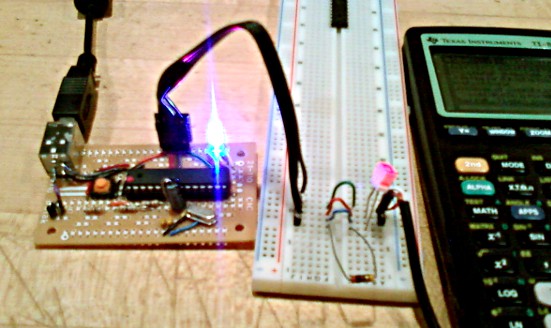