The better part of a decade of dreaming, a few months of solid CALCnet2.2 development, and a month of globalCALCnet (gCn) work has at last brought us to the first released beta of the software necessary to connect your calculators to the internet. As previously discussed here on Cemetech, calculator networks connected over gCn appear to the constituent calculators as a single, unified local network, so that users can chat, play games, and even access internet resources over globalCALCnet. For example, gCn has been connected to IRC (Internet Relay Chat) so that not only can gCn users chat with each other via their calculators from hundreds or thousands of miles away, but can also chat with IRC users around the world. The two files below respectively contain the software necessary to connect your calculators to globalCALCnet, and information on the hardware needed to connect a CALCnet2.2 network to your computer. With a simple Arduino microcontroller board and a few miscellaneous components, a CALCnet2.2 network of one, two, or a thousand calculators can be connected to a piece of computer software called gCnClient and thence to the rest of the world. The gCnClient has been built for Windows, Mac OS X, and Linux, so anyone should be able to use it. Full instructions are also included for programming your Arduino from any operating system to function as a gCn bridge. Please test out this beta software, make sure it works well, post photos of your gCn bridge/hub devices, and most importantly, chat and play games over globalCALCnet!

On the Setup of a globalCALCnet (gCn) Client and Bridge 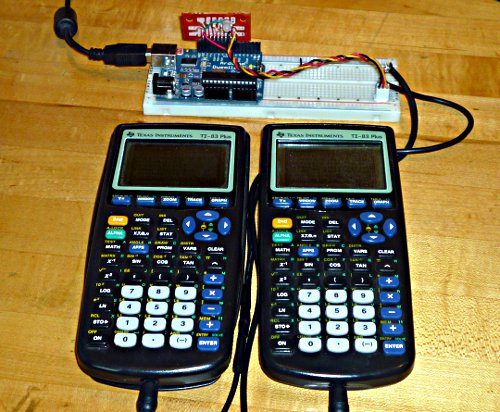