I started formal development by designing a clickable joystick for the upper half, based around the thumb-slide joystick from Sparkfun Electronics that I got as part of my Free Day order (thanks to CDI for the idea to use this). Next I designed the internal layout of the device, ending up with a form factor that will probably be 3.25" x 6.5" x 0.8", not much bigger than an original TI-83+ in any dimension. I then brainstormed a bus method that will allow the TI-OS's bus manager chip (a proprietary microcontroller about which little to no data is available) to directly access to QWERTY keyboard in direct input mode, but will allow an ATMega328 microprocessor to do key translation between the keypad and the bus manager chip, allowing different 2nd/alpha functions to be mapped to each key's primary function, eg, [ALPHA][PRGM] types A instead of C. Finally, I soldered a working LCD to a working motherboard to make sure a long cable between the mainboard and screen would work, decoded part of the pinout for the microcontroller on the TI-83+'s motherboard that coordinates input and output, and spent several nerve-racking hours soldering leads onto the legs of the chip. More progress in the near future in between working on my Master's thesis. 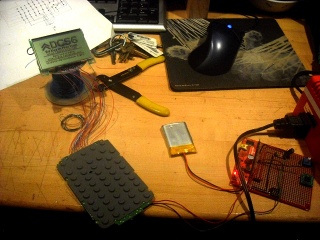 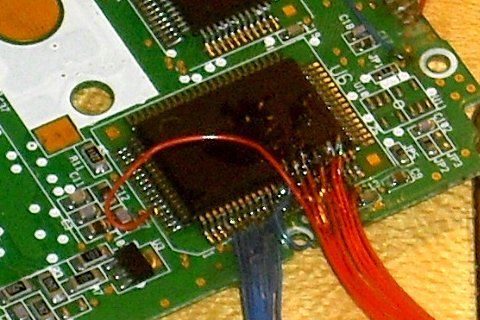