In the past two days, Cemetech has received 7 GB of visits from not one, not two, but THREE of the major sites on the web, publicized by my Ultimate Calculator. It first showed up on internet site #75, Digg (according to Alexa). Reaching the frontpage a mere 9 hours after elfprince13 submitted it, the article has garnered a total of 840 diggs as of press time and generated an estimated 5.5GB of traffic on the site. Next up was a surprise side-effect of Youtube, internet site #5. The more visible of the two videos about the Ultimate Calculator managed to make it to #1 on the daily Science and Technology views list and #73 in the all videos daily list, while its blurrier cousin exhibiting the backlight inched up to #2. The videos now have about 13,000 and 10,000 views respectively in the 55 hours since they were uploaded. Finally, bringing a second wave after the Digg Effect was beginning to wear off, Hackaday picked up the story. We remain at an average of 40 simultaneous visitors, and the initial wave of the Digg Effect set a new site record of 993 simultaneous users. Eeeexcellent. 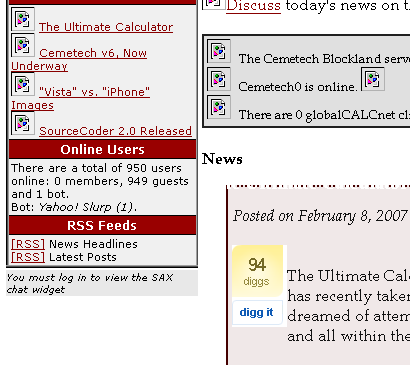 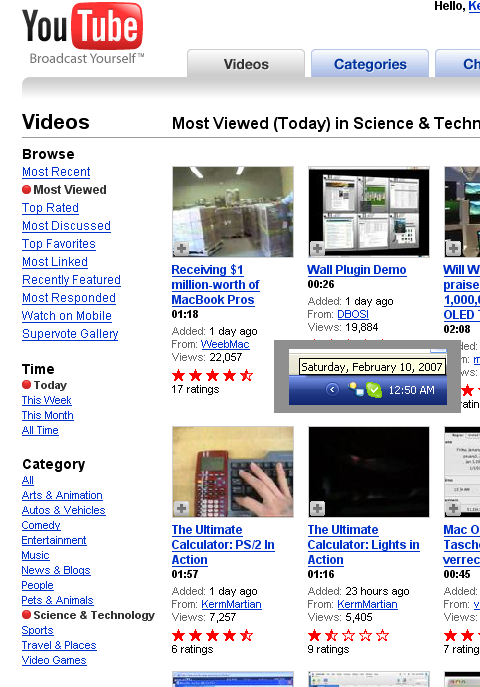 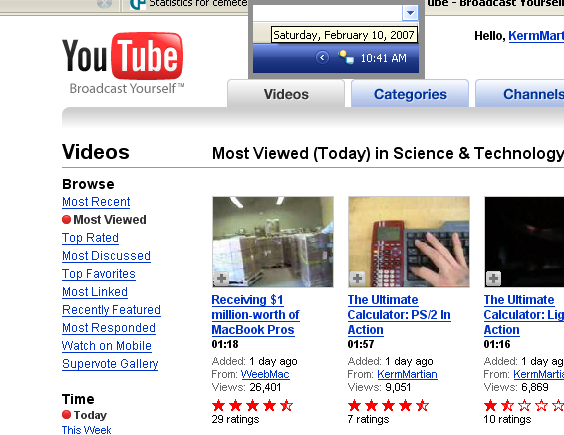