that's my story and I'm sticking to it


So why is Rarity your favorite pony? 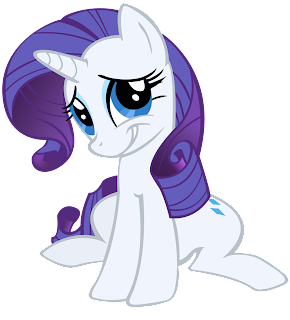 The_Coded wrote:
From a morality standpoint the sHow makes sense, its kinda entertaining

which is nice morally speaking...also DARN YOU. Forum section, thou hast made me like the show -_- but I simply HAD to check it out, quite nice.

Here is a news thing that me and my friend made(don't worry, it has ponies):

EDIT: Sorry about the annotations being cut off, I would recommend actually watching on youtube if you care for them.
↑
Quote

Qazz, you do realize I still expect an answer from you.

You can't simply just like Rarity without a public statement on the "why". She's basically worst pony so you can't make the "she's cute" or "she's got a great personality" statement you can with most of the others.

If you don't know who Michelle Creber is, she is the voice actor for Apple Bloom and the singing voice for Sweetie Belle.
↑
Quote

On an unrelated note, for those following my facebook page; the admins are now Me, Juju, and a good online friend of mine, who goes by Devin. If you're not fine with Risque material coming into your newsfeed, please unlike the page -- it's become more of the direction of the page, and now it's official. It includes stuff you wouldn't want to show off at work or with your family, but it's definitely not super-hardcore-to-the-max stuff we're posting either. Just a warning if you're not comfortable with the page's new content direction.
R O F L M A O
O
F
L
M
A
O
↑
Quote

Hello, MLP thread! Let me tell you what I think of the show. It's great.

I'm not a brony in the sense that I go watch it in my spare time, but I will find a good excuse to watch it, like when my younger sisters or brony younger brother do.

Something I find interesting about the show is that some episodes are strangely symbolic and allegorical. For instance, in the Season 2 finale (the 2-part wedding episode), the unrealistic plot device of a magical impostor resembles something all too real in society: the facade. Basically, in the episode, an undesirable person (Queen Chrysalis) pretends to be the perfect person (Princess Cadence) in order to get what she wants out of the object of her desire (Shining Armor). The target is completely oblivious to this until it's too late, but a third party (Twilight Sparkle) who knows the target well is able to see through the disguise instantly. Sadly, as soon as the impostor gets what she wants out of the target, her true, more sinister nature comes out. But fortunately for Shining Armor, Twilight Sparkle, and all of us in similar circumstances, the true Princess Cadence exists, no matter how hard she is to find. I told that to a friend of mine who can never seem to find a good girl, and that just made his day.

I also like how the characters, more or less, learn from their mistakes and improve upon themselves. It isn't obvious because the show doesn't have much continuity, but it is there. One of the greater disappointments I have in modern television (I'm looking at you, Spongebob) is that they don't do this, sometimes even going so far as to offer ways to improve and deliberately ignore them.

As for a favorite pony, I have no clue.

Visit Betafreak Games: http://www.betafreak.com
Help Me Pay for College:
- Sign up for Fastweb through my referal link!
↑
Quote 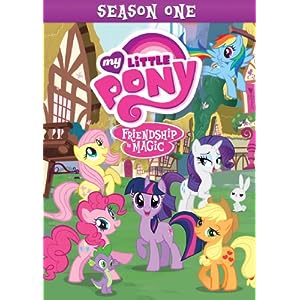 As for a favorite pony, I have no clue.

Welcome to the fandom!

Glad you enjoy the show.

Twilight is indeed a good pick.

I've drawn this (own design, inspired by Luna): I saw this on EqD today! I thought that some of you might find this interesting.
↑
Quote

well I can't believe it, but it....It has happened

Anyone see the latest episode? It was definitely the best one yet, and I don't see it being topped anytime soon.


The_Coded wrote:
well I can't believe it, but it....It has happened

I hath become a brony

That is what has happened...also cupcakes

That is what has happened...also cupcakes


To be fair, I on the contrary am no longer a "Brony." I find much of the community to be increasingly immature and aimless as time progresses; there are large factions that oppose and hate each other endlessly, there are those that take the premise of the show FAR too seriously, and then there are those who simply give the whole collective a bad name.

Of course, the show is becoming increasingly excellent as time progresses, and I am still definitely enjoying watching it every Saturday. I thought the Season 3 premiere was incredibly weak, but every episode in the season since that has been spectacular.