souvik1997 wrote:
For the computer section, I voted for gCn as well. I forgot to vote in the TI-89 category, though. :/
I also did not vote for the 68k category. I'm not that familiar with the 68k entries for this year, so I my vote wouldn't have been sufficiently informed.

The results are in!
http://www.ticalc.org/community/awards/poty/2011.html
CALCnet Tournament-38%

Congratulations! Definitely well deserved! I'm surprised that Zedd received as many votes as it did with it being so unfinished compared to Gossamer. It's also a good thing I didn't vote for Zedd, or else there would have been a tie for first! What does TiCalc do in those scenarios anyway? Do they run a secondary tie breaking poll or award POTY to two different programs?
↑
Quote

For a tie, an extra tiebreaking poll is done. To my knowledge, this only happened once so far, in 2005.

I was thinking after the 84+ poll, Kerm is going to love this, and yet after that, a second program of his won after the PC poll was over.

Woo! Congrats, Kerm! Great job on the two POTYs! I feel you really do deserve the double awards

This is a most excellent cause to break out the chocolate cigars. 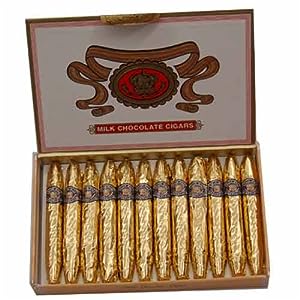 Also congrats even more for managing to win 2 POTYs in one year.

Regarding the other categories, this is the first time a BASIC game wins a POTY

Travis wrote:
For a tie, an extra tiebreaking poll is done. To my knowledge, this only happened once so far, in 2005.

I was thinking after the 84+ poll, Kerm is going to love this, and yet after that, a second program of his won after the PC poll was over.
Thanks Travis, I appreciate the sentiment.

I'm extremely happy to have won two POTYs the first time I won any at all!

Qazz, DJ_O, Builder, Ashbad, Souvik, thanks very much! Congrats to all the other winners and a tip of the hat to the other contestants that did not win.

Also I didn't realize when I posted the above that not only you won 2 POTYs, but in one of your POTY win, you were competing directly with another of your own program (Obliterate), where some of your votes were split. That's even more of a feat. I myself never ever went close to achieve such thing before (in 2004 I had 2 entries and in 2005 3).

Yeah, it's a tough situation. I tried not to influence people's votes too much as far as which of mine to vote for, so I'm interested to see that Gossamer naturally was more POTY-worthy than Obliterate. I think, as Ashbad said, that people saw it as demonstrative of the whole Doors CS / CALCnet / globalCALCnet system and a technical breakthrough, whereas a tank game is very cool, and new in that it is networked, but not new as a game.

Yeah, I will agree with Kerm here. The entire "calculator internet" thing is just a tad more POTY-worthy than a 2 player game (of course, said game can be played over gCn