When I was a little kid, I was always excited about flying.
I already knew that my favorite job had to have something to do with flying.
Then I got older and realized that only combat flying was really exciting.
You can fly many manovers with a fighter plane that no other plane can fly otherwise.
Often you are traveling at insane speed.
In my opinion, the job of a fighter pilot is one of the last aviation professions in which you are physically and mentally very challenged and you need a lot of courage.
In addition, you are a soldier and so live together with camerads.
You also have to deal with the fact that you sometimes have to kill other people or could be killed yourself (but I can handle such a state of mind very well).
Fighter pilot became my dream job.
I read a lot about fighter jets and got to know many aspects of fighter aviation.
The fact that I found out that there is a lot of complicated technology in a fighter plane that the pilot needs to understand didn't deter me at all, I was even more fascinated.
Since I live in Germany and feel very attached to this country, I was interested in later becoming a pilot in the German air force. Specifically a pilot of the Eurofighter aircraft. 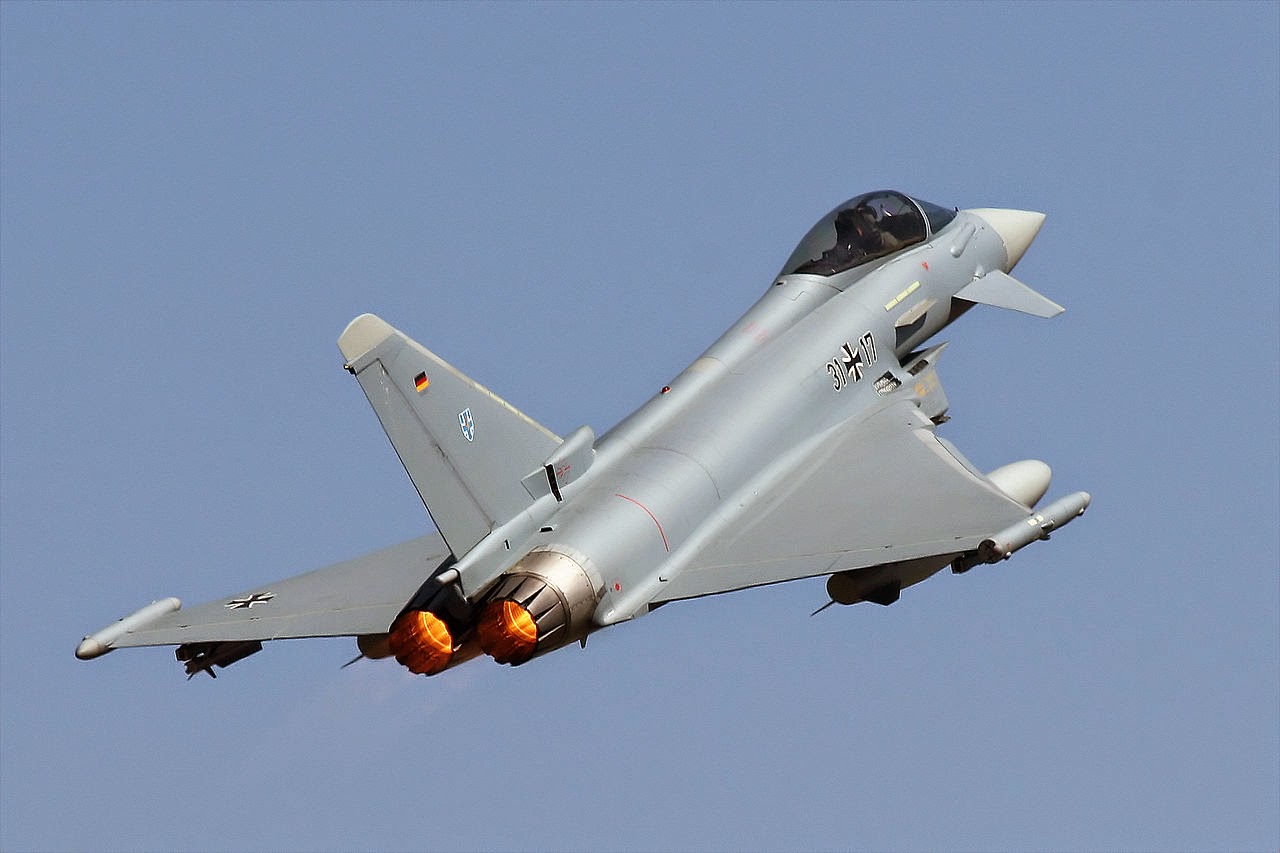 I was fascinated by this aircraft that I had often seen live.
I applied everything I knew about fighter planes to the Eurofighter and learned about the data and specifics of the many aspects of the aircraft (or rather the weapon system) Eurofighter.
I realized that I would have to learn a lot in training to become a Eurofighter pilot.
So far I've only learned tiny parts. But I really love learning (especially about technology) and would love to take on this challenge.
So at the moment I am mainly trying to be good at school. It works! My enthusiasm for the job is there. My ability to learn fast about technology is there too (very important in training!). My intelligence and situational awareness are okay.
But for this job you have to be almost perfect physically.
As an adult, I will most likely have the appropriate body measurements and weight.
Athletic fitness is not a problem. I'm slim and athletic enough and have trained myself quite a few things. The heart, lungs and circulatory system are all running well. Tumors and blood clots are also unlikely. But my eyes are very bad. I have up to -4 diopters. But even with that I would still have a small chance (I would have to be particularly good at the other things in order to be allowed to fly with it).
But then comes what destroys me: My eyes also have another unknown disease:
I see colored in one eye. I also see tiny wisps of fog that make everything too small appear indistinct. And with physical exertion or heat, I see like this in both eyes. Sometimes it hurts too.
I've lived with it for four and a half years. Maybe it's because my father hit me particularly hard on the head back then. There is a close temporal relationship.
In these years I went to the ophthalmologist too seldom (my parents are to blame for that).
And when I went to the ophthalmologist, I never talked about the stroke and you could never diagnose anything. But now I have finally been brought into safety by my parents and will soon go to the ophthalmologist, where I will finally tell about the stroke.
It's probably incurable anyway because it hasn't been treated for too long.
In any case, I know that with this disability I cannot become an Eurofighter pilot.
There's no way I can bypass the medical tests. And even if I did, I would know it could be fatal or I could be discovered. Pointless.
I am very sad about my eyes. It messes up my life and I wonder how I deserve it.
What should I do, I'm desperate. I am so infatuated with this dream job because I have almost never told anyone about it (because of my situation with my parents) and always had my point of view. But it's really great!
I`m lost. Everything is lost.
↑
Quote

I say go to the ophthalmologist and get your eyes tested, because while it is important to have a dream job, don't take school for a job that you can't have in the future because you will use a large part of your life learning for something you can't become. For me, I'm color blind so I can't become a pilot, police officer, and some other jobs so I am going to go for something else (maybe programmer?). But, if you can get your eyes fixed by the doctor and are qualified for flying, I say go for it!!!

btw I am not trying to be a jerk or anything, just giving you advice (although trust the professionals before you trust me

Okay, I'll go to the ophthalmologist in a couple of days.
I will see.
I really don't know what happened to my eyes.

A dream job is actually not bad.
In my case, however, I am very focused on my dream job.
Probably because I've had this dream for many years, but I've never had the opportunity to talk to anyone about it.
That is finally changing now. I'm still very crazy about this dream.
I know that people usually take jobs that are related to their dream job but less challenging when they know that they cannot do their actual dream job.
In my case, I'd better get a job as a fighter plane mechanic (I am very aware that no fighter pilot can live without his plane's mechanics), but I know I will not be very satisfied.

I have another idea: I will contact the advisory team of the German air force.
They will surely know how to help me. Until now I just couldn't contact them.

I am very sorry that you are color blind. For example, you cannot become a pilot because in this job you need to see color-coded signals well (cockpits, airports and airplane lights mostly work with red and green). Many other jobs also work with color-coded signals in red and green.
How do you feel about not being able to become a police officer, a pilot or something like that?
I`m lost. Everything is lost.
↑
Quote

I am very sorry that you are color blind. For example, you cannot become a pilot because in this job you need to see color-coded signals well (cockpits, airports and airplane lights mostly work with red and green). Many other jobs also work with color-coded signals in red and green.
How do you feel about not being able to become a police officer, a pilot or something like that?

Well, I have deutan color blindness but to be honest my dream job is a programmer so it's not really much of a big deal. I just can't be a web designer I guess (although my grandpa who is colorblind was a web designer, he just did it by using hex color codes

Ah, okay. Nice to know this.
It`s just that I look everytime for the biggest challenges possible to take in a life.
And sometimes I`m disapointed when I find out that I`m not made for this certain challenge.
I have the feeling that I do not want to have a "normal" life with a "normal" Job.
I envy people who live how they live and don`t want to reach the highest targets.
I`m lost. Everything is lost.
↑
Quote

Even if you aren't able to get a job as a pilot (which I certainly hope you will be able to) you can probably get a job related to flying a plane. Maybe designing planes or writing software related to them?

I hope you are able to learn more about whether you will be able to be a Eurofighter pilot!

Thank you, you motivate me to rethink a little further.
Actually, a job such as an air traffic controller or aircraft mechanic in the air force is also something really great and important.
But the problem with me is that I have steadily pushed myself into this dream job. I couldn't talk to anyone about it for years.
Because I was treated badly, I said that I would show them all later that I can be something better than them.
I`m lost. Everything is lost.
↑
Quote

Being a fighter pilot is fantastic.
↑
Quote

Go for your dream, don't be afraid. If you wanted to be a pilot from your childhood I think it is never too late to learn more about the profession. Your health problem must be solvable, don't give up. Find new specialists that might help you, or get a certificate proving that it won't affect your flight.
↑
Quote
Register to Join the Conversation
Have your own thoughts to add to this or any other topic? Want to ask a question, offer a suggestion, share your own programs and projects, upload a file to the file archives, get help with calculator and computer programming, or simply chat with like-minded coders and tech and calculator enthusiasts via the site-wide AJAX SAX widget? Registration for a free Cemetech account only takes a minute.