What is the world record for This is the Only Level CE?
» Forum > General Open Topic
Post new topic    Reply to topic
»
» View previous topic :: View next topic

I'm just curious, has anyone speedran this game and achieved a time faster than that? This method of speedrunning is as comparable as the original Super Mario game for the NES. I believe it's not possible to win faster than 6 minutes.

Do I interpret this as a challenge?
EDIT: 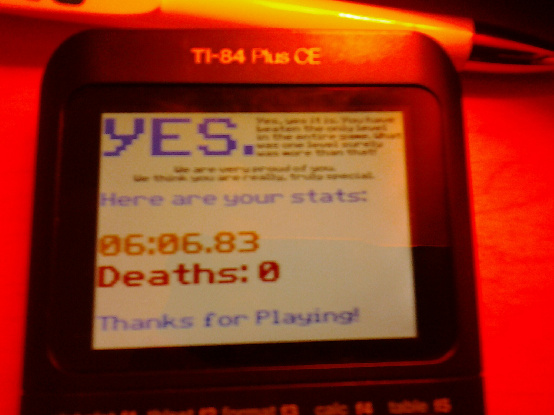 Could a calc speedrunning scene emerge?

Possibly?
There are already multiple faithful recreations of popular speedrunning games.
And that doesn't even count TiBoyCE GameBoy games.

Ok, I interpret this as a challenge, but my best time in this game is (until now) 6:50.14,
so I will have to exercise some time.
I play this game only since yesterday because I thought long time it`s some boring game where is just one easy level existing,
because the developer didn`t make it completely
(the name made me think so, but it was a prejudge).
Thanks for making me curios by posting this topic here,
which motivated me to discover this beautiful game!
↑
Quote

It does indeed seem like a boring game, but it's packed with neat little things and features! I'm going to try to get a better time today, since it appears that I hold the record for now and I know I could do better...

This was pretty fun to speedrun 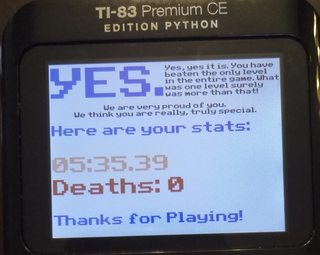 I know it's possible to go lower than this, but for now it seems this is the record. It may be possible to get below 5:30 with all my strats + optimal gameplay, but I didn't have many mistakes in this run so I think around 5:30 could be the limit.
Binary Grid | Arena 84 | Sudoku CE
↑
Quote

Darn! I just managed this: 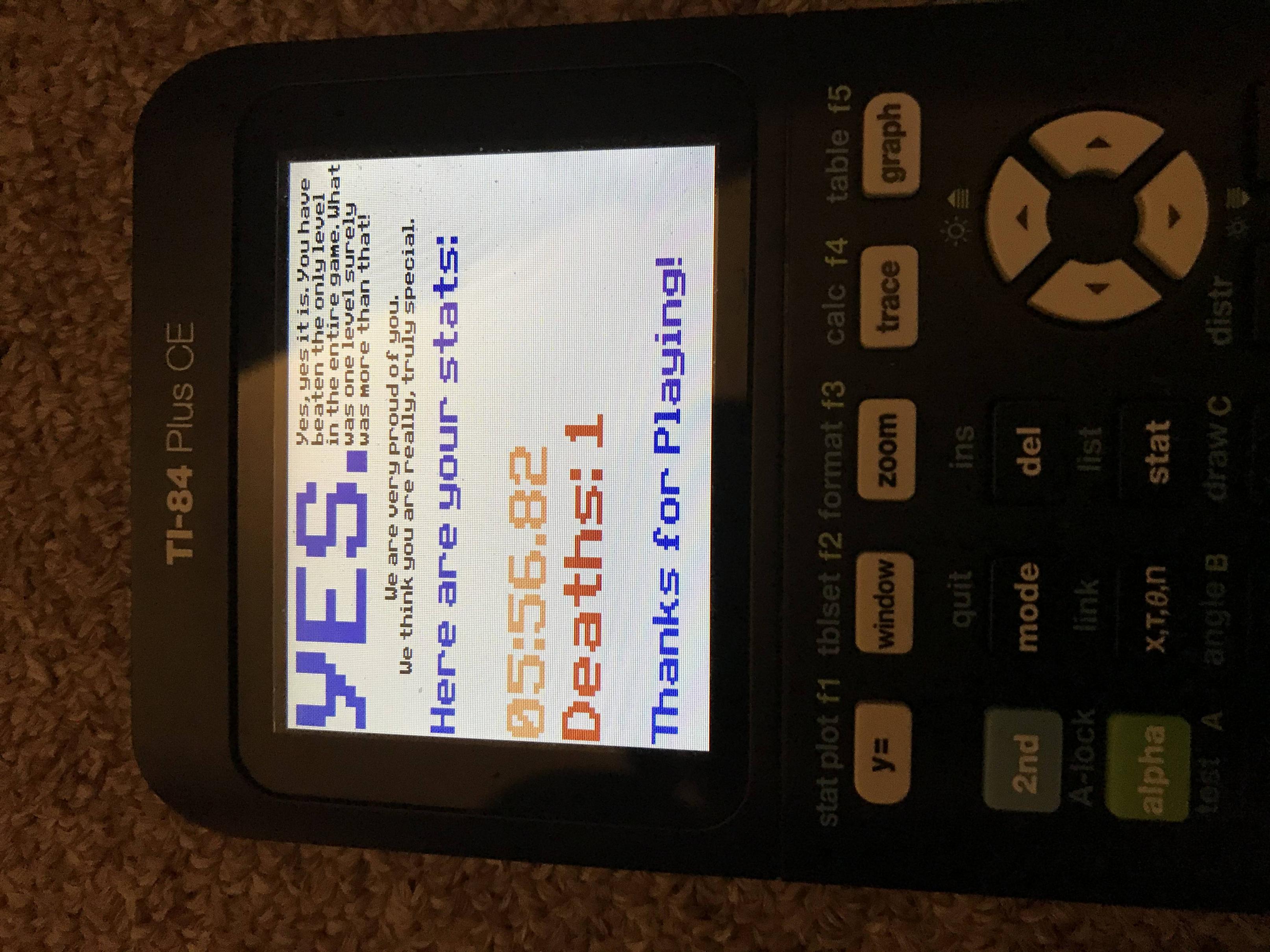 but it's not so special anymore...

Well, I just got a time about 7 seconds faster than my theoretical "limit" 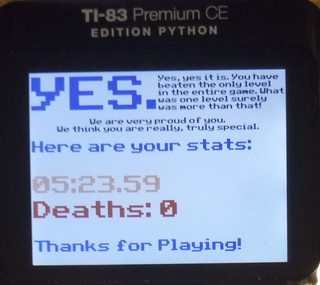 Jeffitus wrote:
Well, I just got a time about 7 seconds faster than my theoretical "limit" 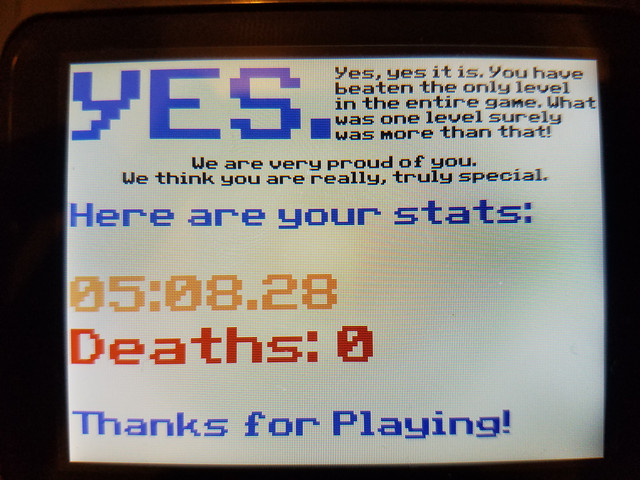 Read it and weep

Since so many people have been wondering, I'll give an explanation as to how I got my time that fast.

. Other than that, make sure you completely release the left button before hitting the right button (and vice versa) otherwise it won't count and the elephant won't move.
For level 16, I start it off the same as level 1, and then just walk back and forth, off and on the button. The button has to be pressed 5 times.
For level 18, I start it off the same as level 1, but instead of releasing right, I continue holding it so as to get on the platform right above the goal. Then I let the platforms collapse under my massive weight (must've been all those donuts or something) and get to the goal.
For level 21, I hold right until I reach the rightermost part of the button. That tile will pull the elephant down to press the button. After the button is pressed, I move the elephant 2 tiles to the right in order to fall down. Once low enough, I hold right until I reach the tile 3 left of the goal. I stop to let this gravity pull me all the way down to the ground, then just hold right to finish the level.
For level 22, I use the same route as level 8 (the dangerous color level).

Overall, the level that saved me the most time was level 25 with the randomly opening door. I was lucky enough for the door to open right as the elephant approached it.