I recently got annoyed at the TIGCC/GCC4TI IDE on Linux... or lack thereof.
As such, I decided to take the only sane path: Write my own.
Current features:
Cross platform (works on MacOS and Linux, it should support Windows, but I haven't tested it.
Written in Java, using SWT for the UI.
License: GPL v2 or later (As of now, I'm not distributing it, because the current codebase looks like it was written by a highschooler using chocolate as a caffeine source, which it was.)
Screenshot: 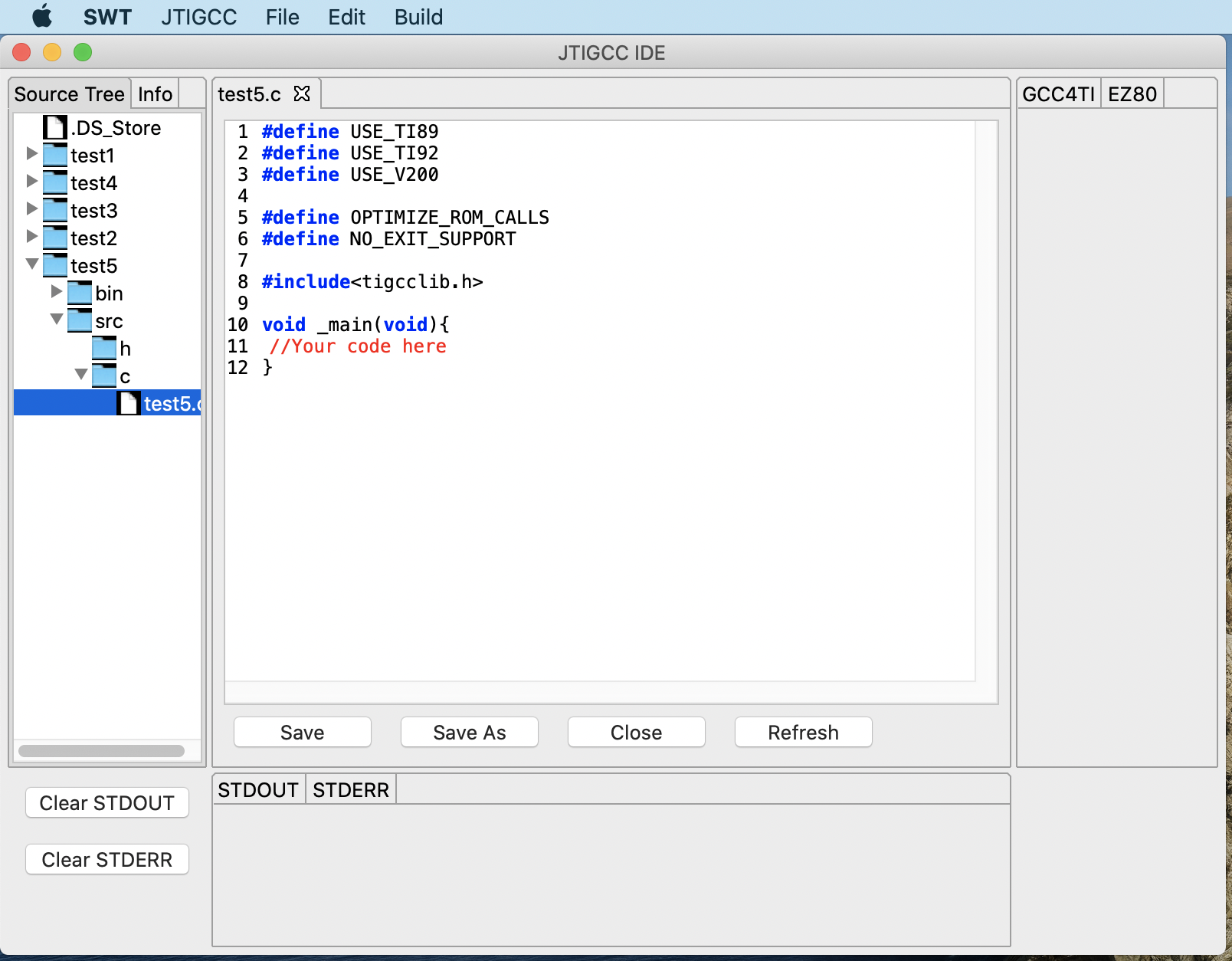 I'll update this as I add more stuff.

And finally some questions...
My current plan for compilation is to call "tigcc" behind the scenes using Java's ProcessBuilder utility. Is there a way to reliably locate an executable?

I currently do it by going to the x86 program files directory on Windows and looking there and by inspecting things like ".profile" and ".bashrc" on *nix to find $TIGCC, but that doesn't account for all kinds of things, like using different shells.

Edit: There really isn't a standard place to install it, so I'll just pop up a dialog asking for the compiler path.
Also, because of the way I wrote the IDE, it's possible to use it for CE C projects as well.
Edit: I've finished implementing the finding tigcc, now for ez80-clang...

Currently, the way I'm doing it is generating a shell script in the project/build directory and running it. The script looks like this, for example:


However, only the first echo prints something. This means that tigcc isn't running correctly, but nothing gets printed to stdout or stderr. How can I make the script print what tigcc spits out?