This isn't a particularly novel project, but I thought in the interest of showing up more than I have been on calculator-related topics, that I'd log the repair of a TI-84 Plus CE with a broken USB port. I was looking for a TI-84 Plus CE to use as the brains of my build of NoahK's TI-84 KE kit, and I found this TI-84 Plus CE on eBay for about $32 shipped. I had a terribly mangled USB port, and I gambled that the reason for it not turning on was the mangled USB port equaling a completely flat battery (rather than some more serious damage).

Here's how it looked when I first received and disassembled it. The plastic tongue in the middle of the mini USB port was completely gone, and the contacts were badly mangled together. I didn't want to put power of any sort to the calculator (including through the battery) while pins like VCC and ground were potentially shorted together, so my first order of business was desoldering the USB port. 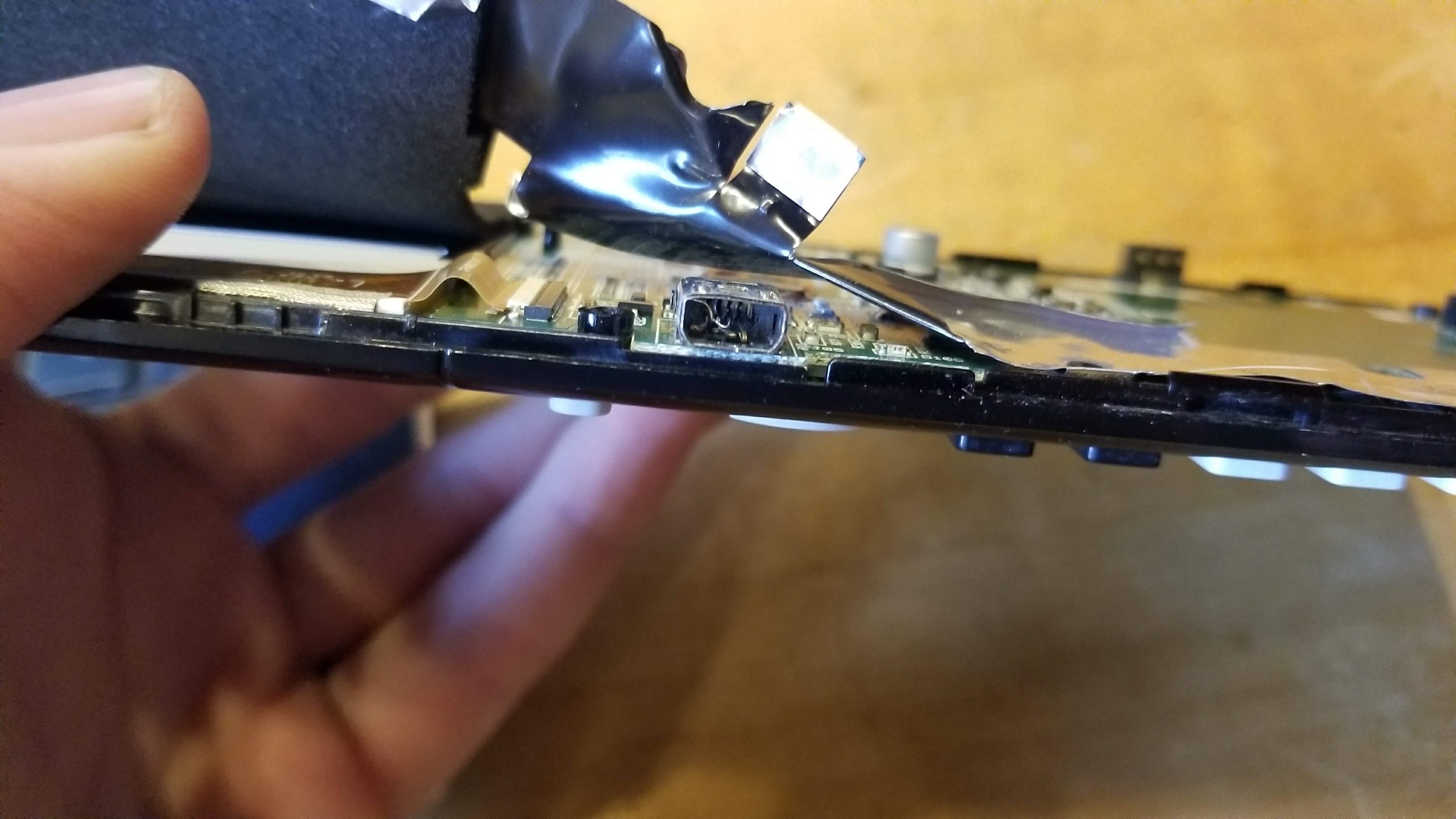 The solder used is a bit higher-temperature than I use for my own projects, but I have a nice digitally temperature-regulated soldering iron, so a while later, I had the mini USB port carefully removed and as an added bonus had managed not to rip any of the small pads off of the mainboard. Once I had done so, I swapped in the charged battery from another TI-84 Plus CE, and lo and behold, it booted and functioned just fine. 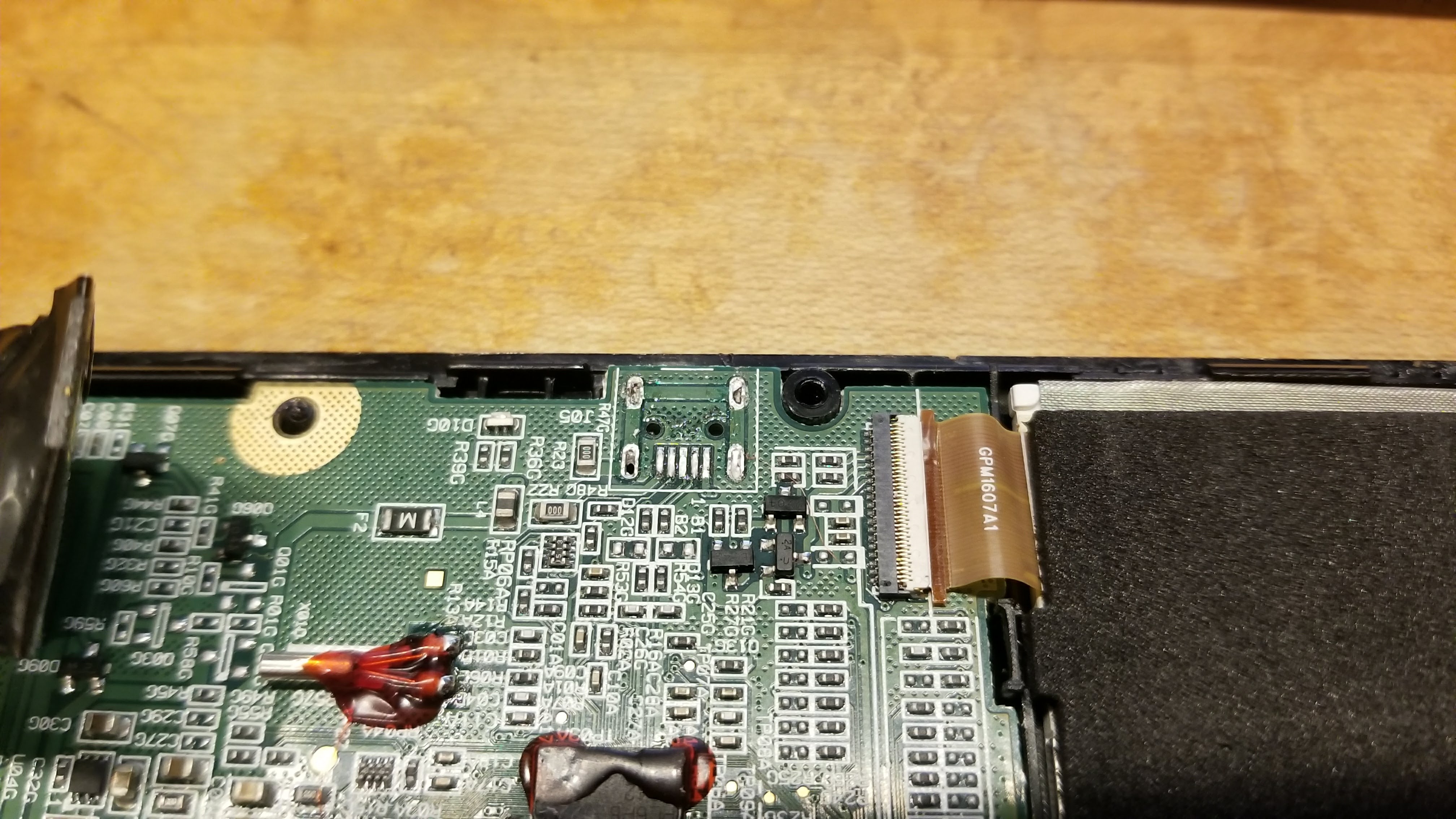 The next order of business is of course replacing the USB port. geekboy1011 put our heads together, and we (I mean, he) identified this Samtec part as a likely replacement: it has the right dimensions, including the location of the two plastic support pins for which you can see holes in the center of the USB port footprint. Geekboy is going to include a couple of those in his next Digikey order (so I don't have to pay $8 shipping for $2 of parts), and I'll update this thread then.

Hooray! A good find and glad that it was able to be rescued

I recently bought a soldering station with a hot air gun, it's great for removing components too.
"My world is Black & White. But if I blink fast enough, I see it in Grayscale."

Hope this works out for you! The KE is fantastic to use once you've assembled it! I noticed in the last photo the asic looks to be warped. Am I seeing that correctly?

TheLastMillennial wrote:
I noticed in the last photo the asic looks to be warped. Am I seeing that correctly?

No, that is glue.
↑
Quote
Register to Join the Conversation
Have your own thoughts to add to this or any other topic? Want to ask a question, offer a suggestion, share your own programs and projects, upload a file to the file archives, get help with calculator and computer programming, or simply chat with like-minded coders and tech and calculator enthusiasts via the site-wide AJAX SAX widget? Registration for a free Cemetech account only takes a minute.

There are 340 users online: 1 member and 339 guests.
Members: ProgrammerBobSmith.