Its time for Texas Instruments serial numbers 101!
Since the early 1980s, TI has used the following:
[S/N] [factory_ID]-[Date_Code][HW_Version], so a typical full serial number would look something like this: 2607036396 P-0610G.
They also use this nomenclature on devices that aren't calculators like the TI-Nspire Wireless Module, the TI-Navigator and the Charging docks
They also generally throw in a "V" in the serial number to denote a ViewScreen variant.
This made it very easy to keep track of different hardware revisions.
Of course, TI being the big mess that they are, they couldn't stick to the formula...

This messy nomenclature (or lack thereof) can get quite confusing but its possible to keep track of it all and that's exactly what we've been doing. However, TI decided to throw a wrench in our plans...
About a month ago, BrandonW discovered that TI had changed how their serial numbers are arranged.
Initially, this was spotted on a TI-84 Plus CE, but I've also seen it on a TI-84 Plus and a TI-83 Plus, so it seems they will probably be using this new nomenclature for everything from now on. The new format seems to contain very little useful information. As of yet, it seems to be a letter "A" or "B" followed by some cryptic digits and letters (looks like hex?).
Here's what it looks like: 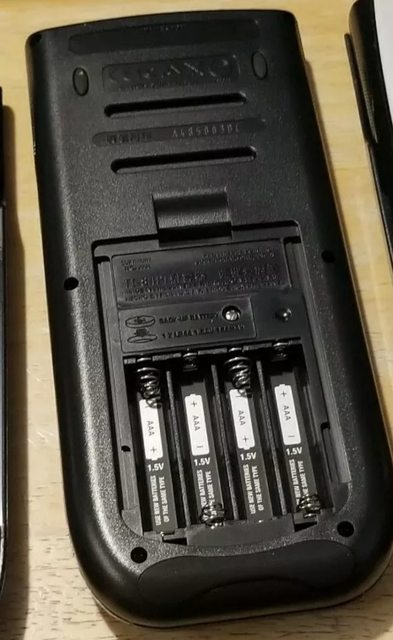 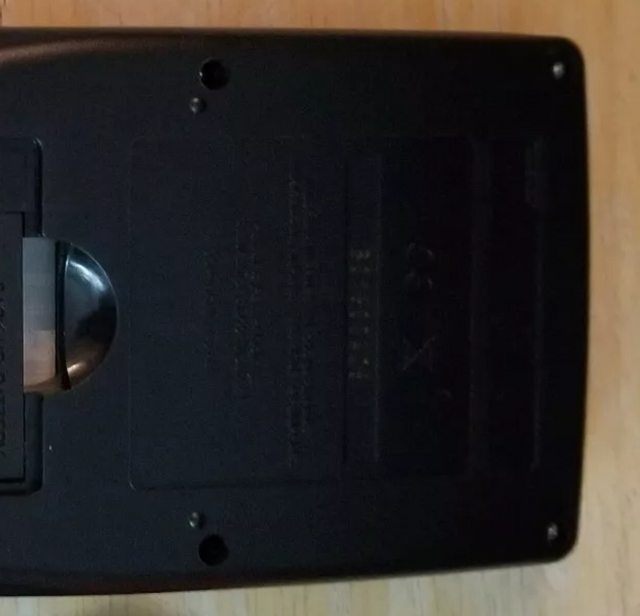 (The TI-83 Plus is way too fuzzy to make out what the serial number is, but its clearly the new style)

I noticed that back in the 80s, TI used similar serial numbers for some scientific/4-function calculators such as the TI-1200 series. I don't know if this is just a coincidence or if they are randomly switching back to whatever they were doing back then. 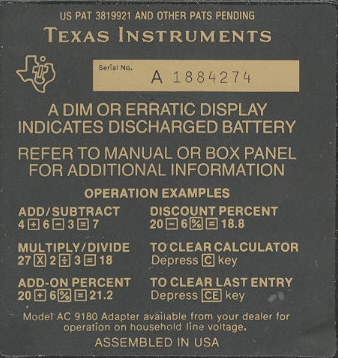 Currently, I don't know what the numbers mean, if anything... I'm waiting to get a larger sample of calculators from different months to see if we can spot any patterns, but for now we've only spotted about 10 calculators with the new serial numbers, so its very hard to tell. 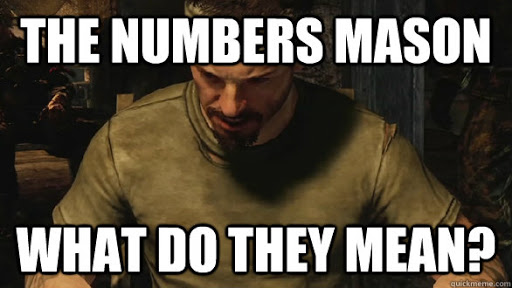 In order to try to figure it out, I've created a GSheets to keep track of all the new serial numbers and any relevant information. Hopefully once we get a large enough sample spanning multiple months, patterns will emerge.

So if you come across anything with the new serial numbers I would greatly appreciate if you could take the time to add it to the GSheets! I've made it public so anyone can modify it.
Here is the link!

Currently, I've noticed that all the 84+ and 84+CE serial numbers start with "A" while the 83+ serial numbers start with "B".
I've also noticed that the letters seem to be towards the lower end of the alphabet, which looks a lot like hex, but trying to convert it to decimal didn't reveal any pattern that I could make out, perhaps some portions are hex and others aren't...
On the bright side, these new serial numbers are visible on the outside of the packaging so it should be easier to gather information about them. It will also be an easy way to identify newer TI-84 Plus CE versions. The ones on the market right now seem to be HW N, OS 5.4.0, but soon enough, it will transition to 5.5.1, so we can tell people that they should get one with the old-style serial numbers if they don't want to risk receiving a steaming pile of garbage.
Here's what the stickers on the back of the packaging look like: 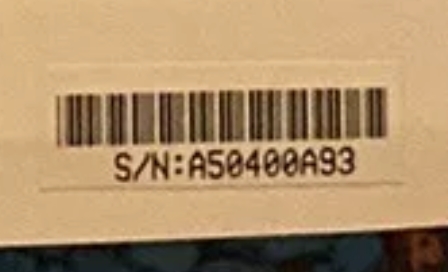 Thanks to Jeffitus, we now have a slightly larger sample. Initially, we thought the first letter might be a hardware revision (we've seen them reset back to A before). It seems the TI-84 Plus can begin with either A or B, so I suspect that the first letter is not significant since for the last 5-6 years, TI has been changing revisions approximately once a year so it would be strange if they changed twice in a matter of days (both the Bs and As have the same packaging date).
Adriweb also noticed that there is an additionnal code on the packaging which seems to be directly related to the board number, this is interesting because it means we might be able to tell what the board version is from the outside of the packaging.
Here's an example:


Its not the same as the board but notice that SG95 is contained in both the code and the board number.

That's true, but I still strongly doubt they would change revisions twice in such a short period of time for the TI-84 Plus.

It turns out the code below the packaging back card SKU has been there for many years, depending on the calc. As early as 2013 for some of the French calcs. Then on and off depending on the back card of which calc. The 89T for some reason, has never had one from what I've been able to see? Same for the Nspire.

It's all in the gsheets.

(non-graphing calcs have also had it, but we don't really care much about those)
TI-Planet.org co-founder / co-admin
↑
Quote

After some poking around, TI told me this was a "country specific thing". If you mush that with the data that we already have, it would imply that only the calculators made at Kinpo in the Phillippines would be affected. Currently, the following models are in production at that factory (or will be shortly):


So the TI-Nspire series as well was the TI-89 Titanium (which together with the calculators listed above constitute all the calculators currently in production) would be spared since those are made at Nam Tai in China and in Malaysia. 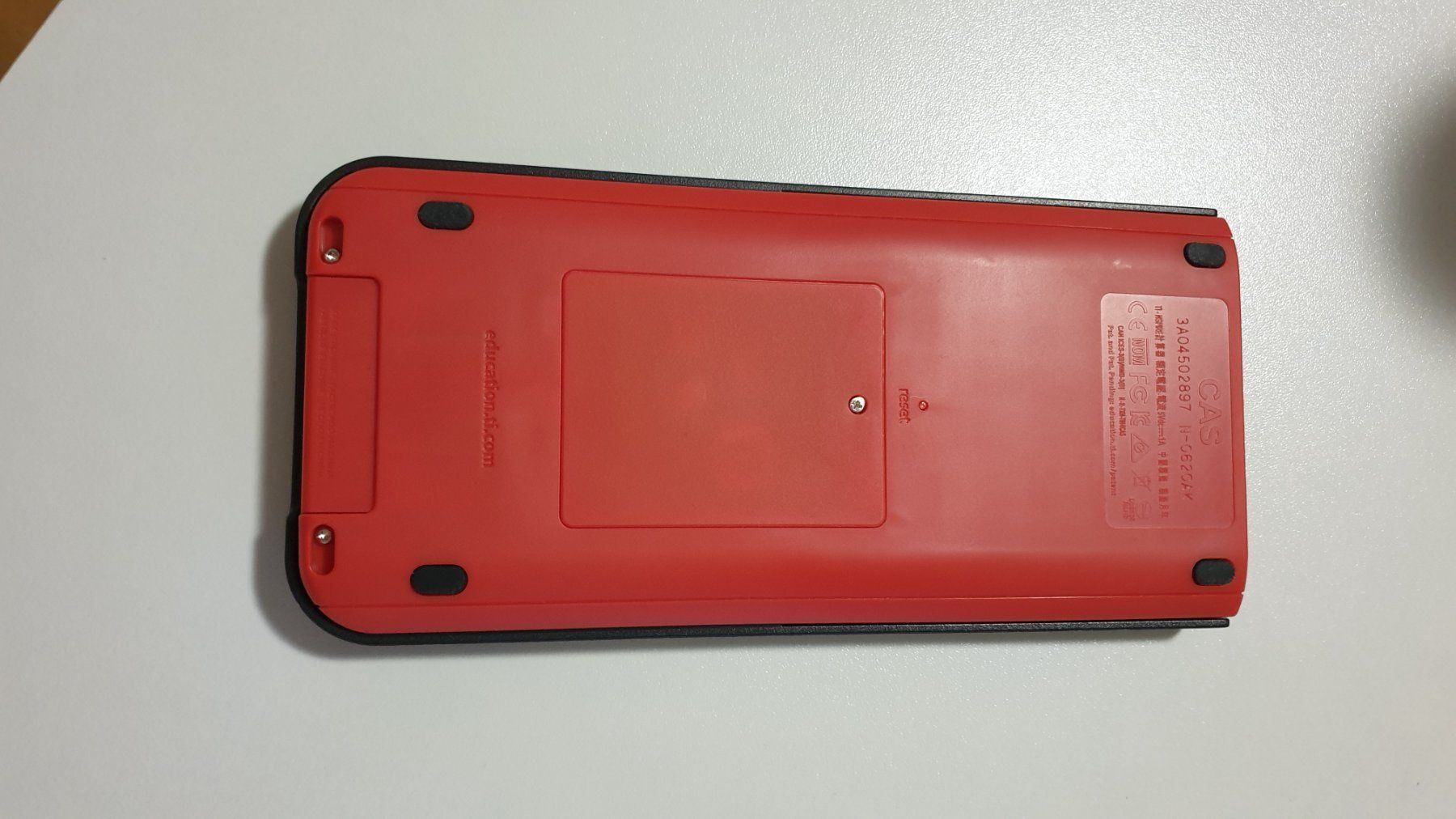 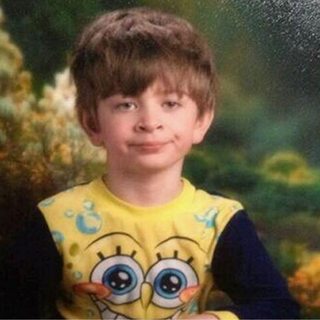 Much better picture of an 84+ with the new serials: 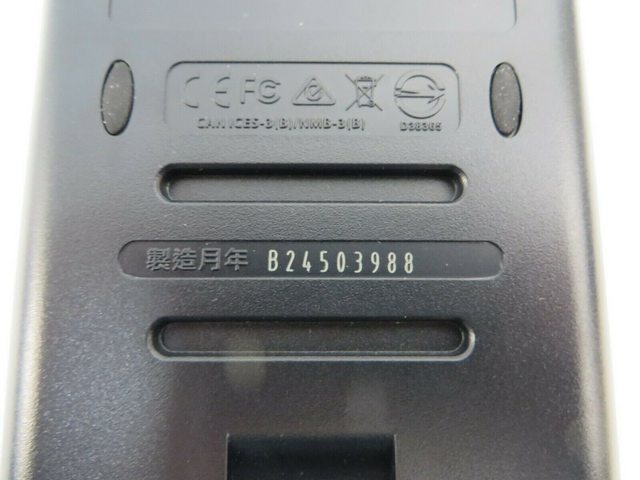 I noticed that I've never really followed up on this but its been a year and thanks to everyone who contributed and some sleuthing from Adriweb, we now have a pretty good idea of what the numbers mean:

Assuming the 5 is not related to the hardware, this would mean that the new Kinpo serial numbers don't tell us anything about the hardware which is unfortunate.

About that 4th character, indeed we don't really know exactly what it stands for. Let's note that:


Also, interesting fact: when it's T, then the week number < 10 are not zero-prefixed. (for example C3T instead of C03T)
TI-Planet.org co-founder / co-admin
↑
Quote
Register to Join the Conversation
Have your own thoughts to add to this or any other topic? Want to ask a question, offer a suggestion, share your own programs and projects, upload a file to the file archives, get help with calculator and computer programming, or simply chat with like-minded coders and tech and calculator enthusiasts via the site-wide AJAX SAX widget? Registration for a free Cemetech account only takes a minute.