Critor from Tiplanet has announced that he discovered unreleased colors of the TI-84 plus CE on ebay. The units contain no serial number and the mention "NOT FOR SALE", usually seen on prototypes.
They are all the 2017 design

EDIT: Although some of them were definitely rev J, Hooloovoo has received his and some of them are rev M! Which means that they have the faster flash. Here's a picture of the inside of Adriweb's Dark Teal version: 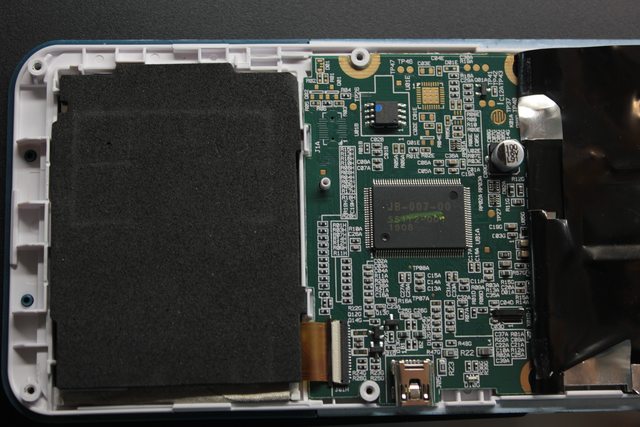 The ones that are rev J coincide with the release of 4 new TI-84 plus CE colors: Measure Mint, Galaxy Gray, Count on Coral and Bionic Blue. Presumably, the marketing team at TI was experimenting with different color combinations and finishes and settled on those 4, and the ones spotted would be rejected designs.
Here's a reminder of the 4 released colors: 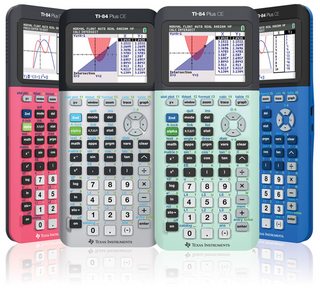 On the other hand, the ones that are revision M might be prototypes used for testing the new hardware (for those that aren't aware, revision M is the newer generation of TI-84+CEs that was released at the same time as the TI-83 Premium CE Python Edition. It uses a much faster flash chip that can be accessed with no wait states, greatly improving the overall speed of the calculator). The inside shows no signs of rework or anything that would suggest it might have been used for prototyping. For this reason, I suspect they are also marketing samples, just from a different period since we know that TI did release a new color (Tangent Teal) around that time.

Getting a close look at one of these will allow us to determine exactly what we're dealing with.
And here are the unreleased colors that have been spotted: 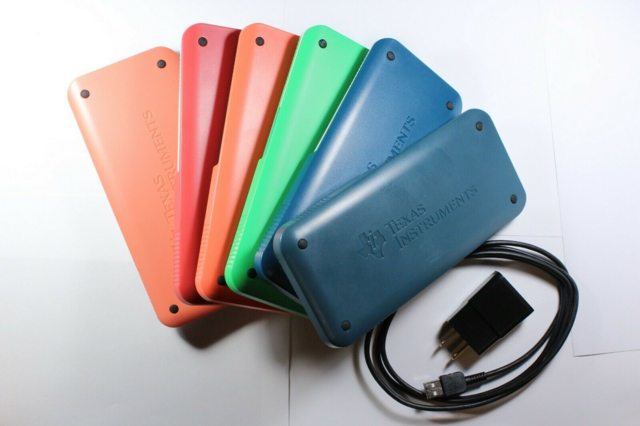 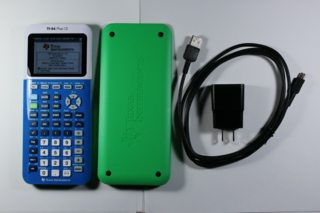 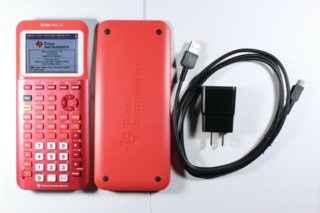 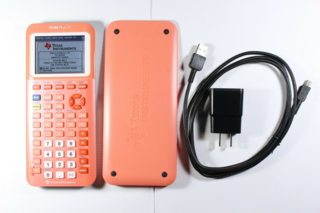 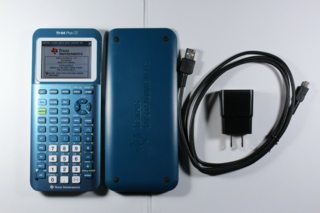 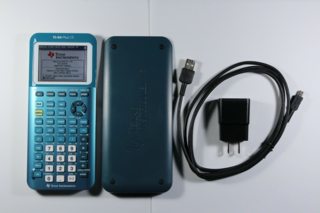 We don't know if TI had official names for these like they did with the released colors, so I'm just stating what colors they look like and what the listing on ebay calls them.
The backs look like this: 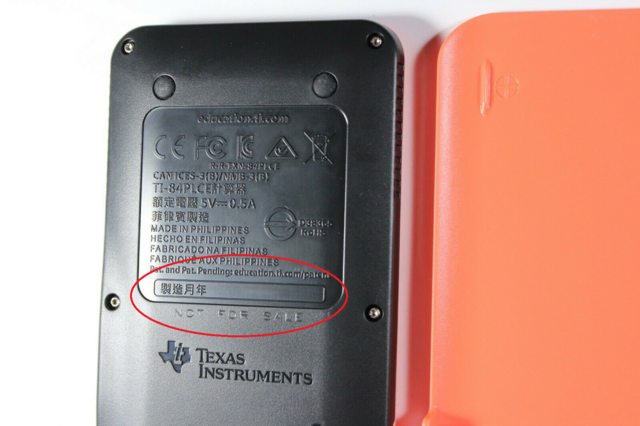 I bought a "Dark Teal" one, which will be arriving early May.
You can click on the images to view them in full-res.
You can check out critor's article over on tiplanet.

EDIT: The ebay seller joined Cemetech, he informed me that these come from a supplier in Dallas, which also suggests that they come directly from TI, which is headquartered in Dallas.

Green/Blue looks like a mess. Mismatched calc/cover color, as well as the white highlight at the top of the calc, yuck. I also don't like the color green in general, so ¯\_(ツ)_/¯.

Salmon almost looks okay, until I take a closer look at it, but it only looks good to me because it's closer to red when I don't closely examine it. Salmon is a weird color on its own anways.

Dark teal looks really nice, IMO, definitely my favorite out of *all* the colors.

Anyone wanna trade a dark teal 84+CE for my black one?

Currently working on a v2 (complete re-write/overhaul) of this project: KryptonIDE - A better program editor for the TI 84+ CE
↑
Quote

I agree, I *almost* got a teal one because it looked so good. But I already have a denim CE so I got a red one instead. Since I have a white CE too, I'm gunna be the most patriotic CE collector out there!

I also think the blue/ green one is pretty ugly, I dunno what TI was trying there. Although I know it's going to be the rarest shell because that color combination is never making it to mass production.

One color I would've liked to see was a CE with a white body and also white bezel, I think that would've looked pretty awesome.

I bought the Teal one, it looks pretty nice.
TI-Planet.org co-founder / co-admin
↑
Quote

I'm planning on getting a salmon one

Personally I actually like the green/blue one. Other than the white at the top. But I could also just paint the top portion too.

I think the dark teal looks the best, I definitely would buy one if I had the money.
Binary Grid | Arena 84 | Sudoku CE
↑
Quote

That dark teal is wonderful; I grabbed one, even though I already have plenty of calculators.

KermMartian wrote:
That dark teal is wonderful; I grabbed one, even though I already have plenty of calculators.

Nobody has received them yet, mine says it is shipped. Like I said, they all seem to be hardware rev J. If that's the case, they won't have the faster flash and they would be 5.3.1, so also no on-calc asm

fwiw, the blue/green ones have serial numbers, and are J. i have one that is new in box around here somewhere....
the others do not have hardware revision codes.
↑
Quote

I bought a Dark Teal. I'm also thinking of getting a light salmon, but I don't really want to drop another hundred dollars on it. It's interesting that the green one has a green back, all the other ones I've seen have gray or black backs.
EDIT: I dropped the other $100 on the light salmon.

Quote:
EDIT: The ebay seller joined Cemetech, he informed me that these come from a supplier in Dallas, which also suggests that they come directly from TI, which is headquartered in Dallas.
Is there any way we can keep track of this supplier for potential protos in the future or is that only information the ebay seller has (welcome to Cemetech by the way!)?

I got my red CE today! I have no idea why it was rejected by TI, it looks spectacular! A bit pinkish but I love the sheen and the white bezel. Mine is definitely a hardware revision M or newer, I ran a basic benchmark and it matched my white rev M CE and crushed my blue pre-A. I'm not planning on opening it up, but I'd expect to see pretty much exactly my white CE's hardware just in a red shell.

EDIT: I posted this before realizing Womp already edited the first post with hardware revision info.

I got mine today, and made an unboxing/teardown video:

Pieman7373 has received my Dark Teal and his Light Salmon. They were taken apart and as expected, hardware-wise, they are just like everyone else's. I'm very pleased with the way they look, I wouldn't be surprised if TI ends up releasing these color variations. They've released worse colors before

I'm not a huge fan of the light salmon as a whole, but I have to say that I love the navy and yellow modifier buttons.

KermMartian wrote:
I'm not a huge fan of the light salmon as a whole, but I have to say that I love the navy and yellow modifier buttons.

I have the Bionic Blue one, since that one is very popular in my school. Not sure if mine has the faster flash, but I guess it depends on the serial. I don't want to take apart my calculator though, I fear I might screw it up somehow
Please do not call me BioHazard.

You can definitely tell if yours has the faster flash without taking it apart. Try timing graphing the function in my video; it'll either be ~4-5 seconds or 11+ seconds.

Yeah, I do not have the faster one sadly

Please do not call me BioHazard.