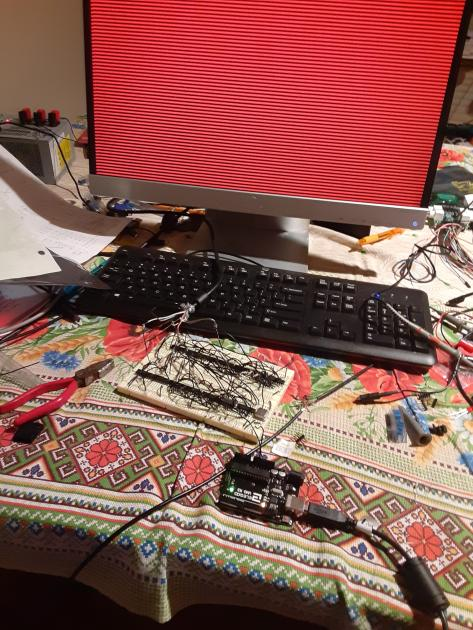 And I'm pretty sure that the voltage is supposed to be 0.7 after the built-in impedance, so yeah, you might want to turn that down.
There are 10 types of people on this forum: Those that agree that, regardless of base, this statement is incorrect.
This post is not brought to you by Adidas.

"You kinda have this idea in your head of what stupid is, and then you look at a chicken" - William Osman
↑
Quote
Register to Join the Conversation
Have your own thoughts to add to this or any other topic? Want to ask a question, offer a suggestion, share your own programs and projects, upload a file to the file archives, get help with calculator and computer programming, or simply chat with like-minded coders and tech and calculator enthusiasts via the site-wide AJAX SAX widget? Registration for a free Cemetech account only takes a minute.