I guess I'll be the anchorman for today

First off, TI didn't announce anything but they started selling teal TI-84 plus CEs... The official name is "Tangent Teal", but the packaging reads "Matte Teal". Thought I should let everyone know

The packaging is similar to the new TI-83 PCEEP, which is noteworthy because it might indicate that it got a similar refresh. Fingers crossed! They also released OS 5.4 on June 27th. I don't want to update for obvious reasons, but on their website, they state that it includes the "latest functionality"

But some of those were already available in previous versions, so we'll have to wait until someone bothers to take a close look to know what actually changed.

One last big thing, the new TI-83 Premium CE Édition Python will be released officially today, and Critor from tiplanet has gotten his hands on one and written up a review. Nobody likes cross posting, so I encourage you to go read his comprehensive article that outlines what has changed (spoiler, everything!)
Link
They basically made a TI-83 Francium-X 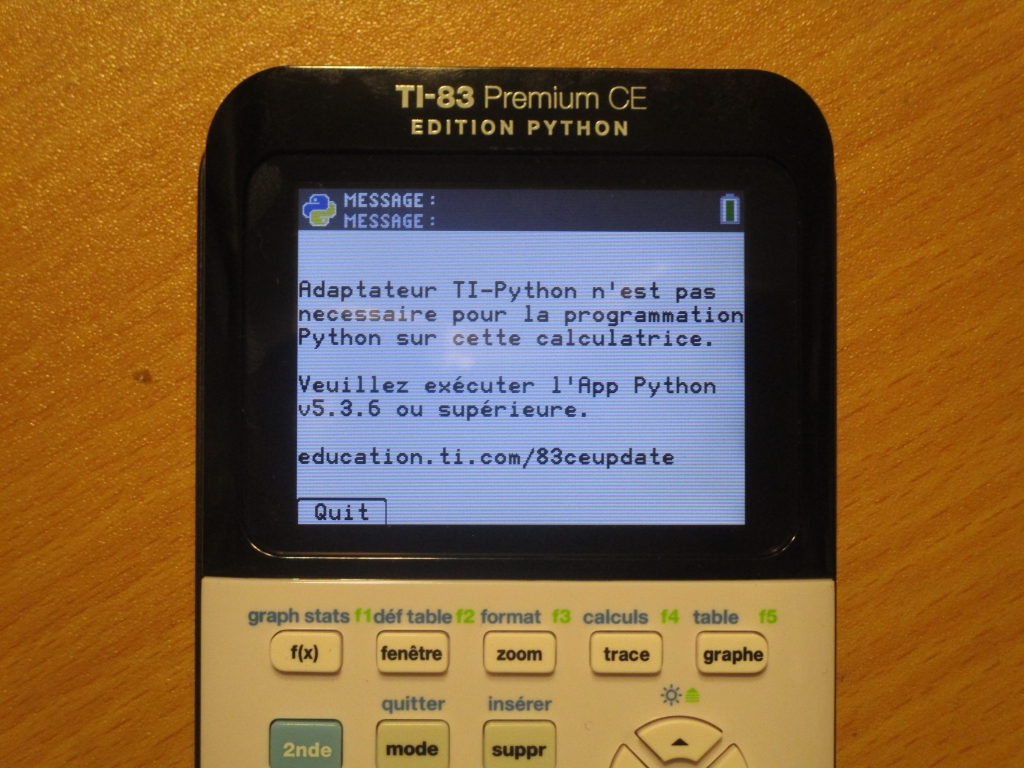 Interesting, same kind of new packaging look as for the 83PCE EP 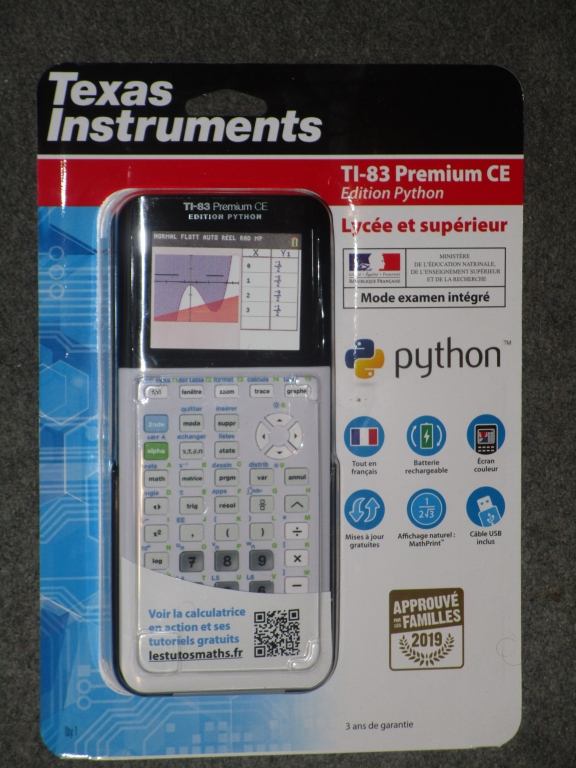 OS 5.4
- Didn't fix [Alpha] twice & holding a key
- Program list now displays "TI-BASIC" in the header
- Fixed catalog help bug where it would abruptly end at ZInterval (I think)
- Glitch when installing OS when Cesium has a backup
- Doesn't turn off when doing [On][Stat], even w/ Cesium 3.1.7

Thanks for taking the initiative to post this, mr womp womp! I wrote a news article based on it, pointing at it. I'm particularly enthused about that ARM coprocessor in the Edition Python, and remain heartily concerned that we're never going to get something this powerful in the TI-84 Plus family stateside.

Quote:
The latest OS version 5.4, enhances the benefit of your graphing calculator and ensures you have access to the latest features and functionality. It is recommended that you update the OS so that your calculator can stay up to date.
[...]


For reference, the question I asked was this:

Quote:
Specifically what has changed from OS 5.3.1 to 5.4? Because the features listed on the website were already available since 5.3.0...

Lmfao, they probably intro'd a new Boot code with the OS version to make it look like someth was done. Although, 5.4 did add a (c) 2019 now. And maybe they're trying to put in the program menu what language the program isin.

ShinyGardevoir wrote:
Lmfao, they probably intro'd a new Boot code with the OS version to make it look like someth was done. Although, 5.4 did add a (c) 2019 now. And maybe they're trying to put in the program menu what language the program isin.


I did see something on TI-Planet about a prgm menu to select either TI-Basic or Python programs... I don't know why they would add this to the non-Python edition though.
↑
Quote 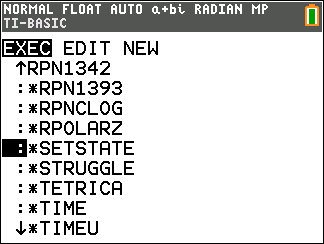 ShinyGardevoir wrote:
Yeah, and rn it doesn't even detect an ASM program on a TI-84 Plus CE 5.4.

Wait so they COMPLETELY removed all asm programming?!?!
No, they didn't

I think he was just referencing the "TI-Basic" in the header, which wouldn't change anyways as Asm programs are seen by the calculator as locked TI-Basic programs.
↑
Quote

Just a small update, we've now spotted the TI-84 plus, TI-83 plus and TI-89 Titanium sporting the new packaging. 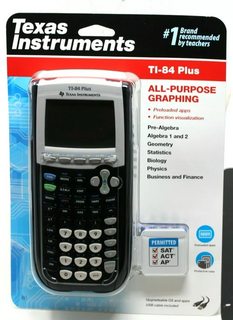 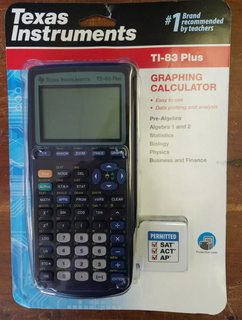 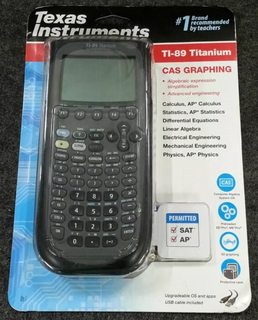 The teal colored CE ended up being named "Tangent Teal", which is pretty weak next to "Measure Mint" and "Golden Ratio" in my opinion

Also, for some unknown reason, some CEs were spotted at a walmart in the US for $5... 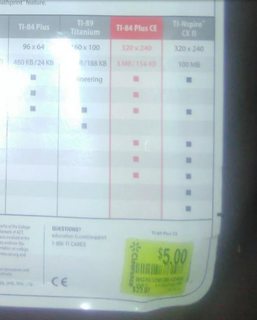 Any updates on what's changed?
I don't want to make the same mistake I did with OS 5.3.1 (luckily I had an older boot code, so I could downgrade)

calclover2514 wrote:
Any updates on what's changed?
I don't want to make the same mistake I did with OS 5.3.1 (luckily I had an older boot code, so I could downgrade)

I just placed my order for the TI-83 PCE EP today, and for some reason Amazon only charged me 62 euros for it, which is significantly lower than the supposed price of 75 euros.

It still shows the higher price on the website; only once I went to check out was it lowered. I'm not sure what was going on there, but the updated price including shipping to the United States is only $84.09, which is a pretty great deal.

I hope to post a review in 2-3 weeks after it arrives.

This is already well known, but in case some people aren't already aware, my suspicion that TI might have upgraded the TI-84 plus CEs to the new flash chips because of the similar packaging was right and the information provided by TI was incorrect (they had stated that the changes brought to the 83PCEEP were to make it compatible with the circuitpython and it would therefore not affect the 84PCE)

Well I guess it depends which changes they were talking about

But at the same time, they did state that the hardware changes were coming to the 84+CE as well.
TI-Planet.org co-founder / co-admin
↑
Quote

Its been a while, but I noticed today that it looks like the TI-84 Plus CE EZ-Spot (schoolbus yellow) was also changed around the same time. Older models had a glossy finish while the newer models have a matte finish like the Matte-Matic Black. No exactly sure on the dates but I'll keep an eye out and see if I can narrow down the window.
Here's what the old and new colors looks like side by side. 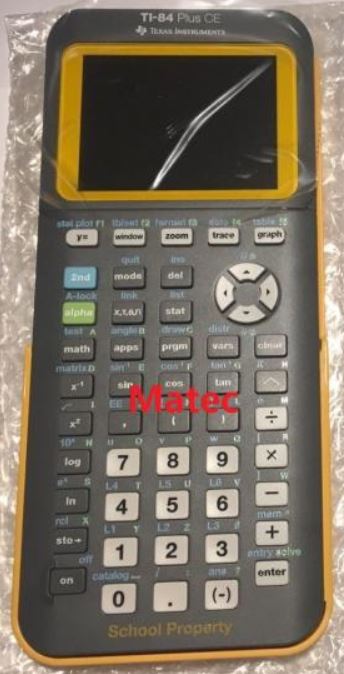 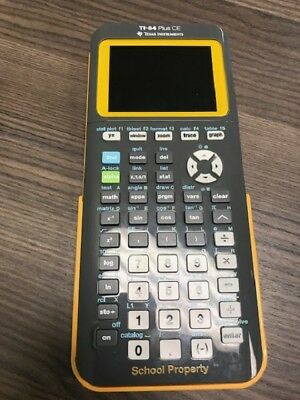 Personally, I think this is a good move since I suspect the matte finish doesn't wear as easily and isn't prone to fingerprints and I think it just looks better in general.

Yes I agree the different finish looks better and is likely more practical.

Do you own any of those (or both?). Out of curiosity, do you know how much you've spent on your calc collection?
"My world is Black & White. But if I blink fast enough, I see it in Grayscale."

Do you own any of those (or both?). Out of curiosity, do you know how much you've spent on your calc collection?

I don't own either of them and I honestly have no idea how much I've spent on the collection.
I try to be as responsible as possible with my purchases, which is why I'm still missing a bunch of uncommon mass-produced models like the TI-84 Plus T, the TI-82 Advanced and the TI-Nspire CM-C CAS.
Lately, I've only been buying particularly interesting things like protos and marketing samples. Personally, I don't think collecting color variations is worthwhile, especially now that they release a handful of colors each year. I did get one of the unreleased colors but I'd say that's an exception, sort of like the unreleased pink ti-nspire, which I would buy in a heartbeat if I found one. Besides, I already wanted to get a rev M+ because of the faster flash, so I guess I got to hit 2 birds with one stone