FreeVox
Hey all, this is my first project I'm showcasing here!
FreeVox is a voxel engine with (hopefully potentially) high modding capability using Lua 5.3.
It does not do anything by itself (unlike most Voxel games), quite literally everything has to be done from Lua, including new voxel types, world generators, etc., but the main engine introduces a couple abstractions that make it easier.

The engine has addons and worlds. Each world can have it's own unique set of enabled addons, and subworlds called maps (the equivalent of nether & end dimensions). Think of this as Garry's Mod for voxels. This would allow people to make voxel games of any kind, not just sandbox.

I am not hosting any executable as of for now, but have this GIF I made yesterday after getting networking, rendering and addon loading to work! The following was made with two addons, one which generates a terrain using some noise algorithms, and the other introduces two voxel types.

No new pictures, but there's been a giant refactor where now addons can communicate with one another. It was such pain to add that feature so I took a break but now that feature's done.
↑
Quote

Probably should mention that I want to get this other thing going before April, so devving is probably postponed again. On the bright side, I'm going to change it to use a real rendering engine, so that I don't do stupid things, and it would look better.
↑
Quote

Heres a Voxel Terrain generated on an iPad using Codea that uses Lua. You can move around the terrain as a player, climbing up/down each layer. What you cant see in this image are the caves that you discover as you move around. You can enter and explore the caves if you want. As a player, you see a first person view. You are actually down on a layer looking and moving around in 3D. The second image is the view you see as you move around. 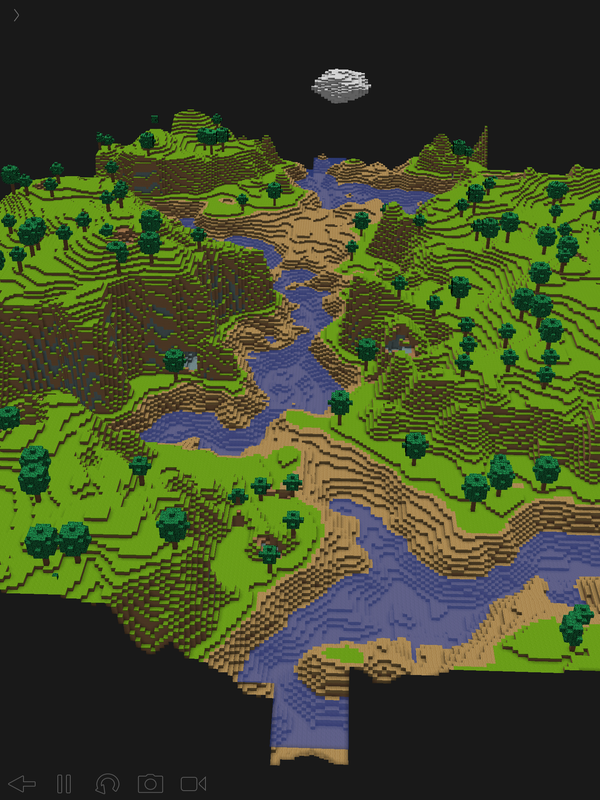 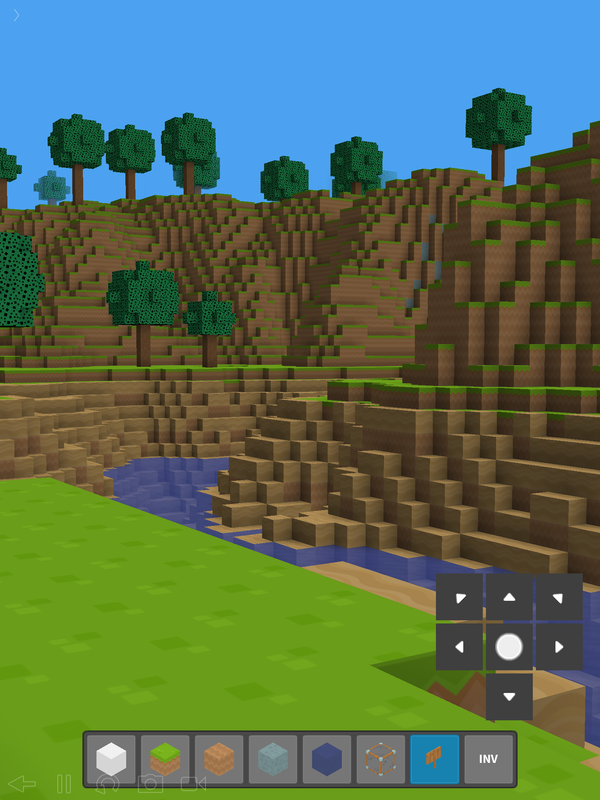 I have to ask the obvious question: have you tested this on the TI-Nspire at all, and if so, how's the framerate?

Would you happen to have a video capture of it in operation? Also wondering what your further plans are?
"My world is Black & White. But if I blink fast enough, I see it in Grayscale."

Would you happen to have a video capture of it in operation? Also wondering what your further plans are?

To whom are you talking

Okay, I knew I'd miss enough details to cause confusion, so I'll be more specific: This is a C++ game engine that is scripted using Lua (might switch to a language-agnostic VM in the future such as.. the lua VM) that is for Windows and Linux (on PCs). I've been putting off working on this since I'm juggling 10 projects already. We all know of our good friend NIH. But now that I have a bit more time I can work on this again.

There won't be new additions for now as I'm only just now beginning to switch renderers to Horde3D.
↑
Quote
Register to Join the Conversation
Have your own thoughts to add to this or any other topic? Want to ask a question, offer a suggestion, share your own programs and projects, upload a file to the file archives, get help with calculator and computer programming, or simply chat with like-minded coders and tech and calculator enthusiasts via the site-wide AJAX SAX widget? Registration for a free Cemetech account only takes a minute.