I added some basic animations to make the battle screen look better: 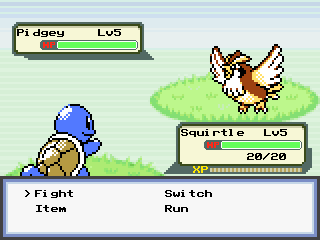 More importantly, I realized that I accidentally put a < instead of a > so almost every attack was a critical hit. You will now deal about 40% less damage per attack.

I also added animations to the water sprites: 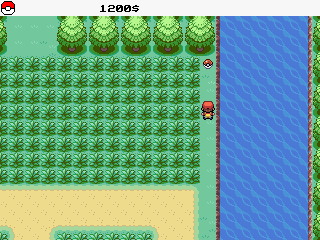 Here is a town map I made. The world will change as I actually make the areas and more detail will be added, but that gives you a general idea of my plans. 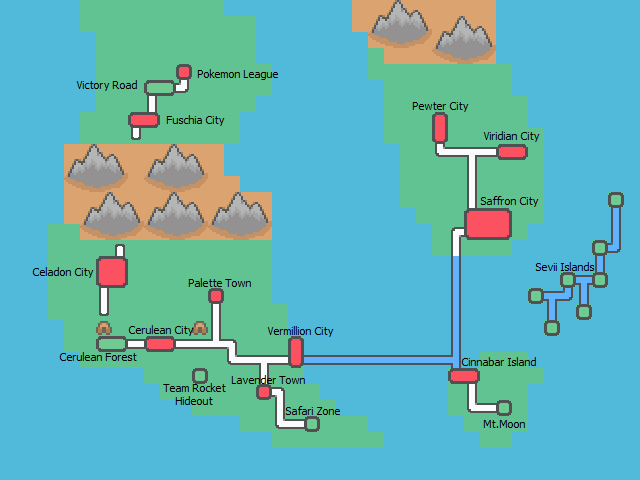 These are some great updates! I like the new ideas you're using.

Maybe adding the option to pause and save for later, because sometimes the trainer battles are way too long. I went up against a Dratini, and it paralyzed my pokemon, and kept on paralyzing it. The battle took about 5-10 minutes. In the end it took about 20 min to get past the diglett cave, which was beyond my expected 5.
↑
Quote

ks wrote:
Maybe adding the option to pause and save for later, because sometimes the trainer battles are way too long. I went up against a Dratini, and it paralyzed my pokemon, and kept on paralyzing it. The battle took about 5-10 minutes.


This is a good idea considering most people are probably going to be playing this during a math class when they should be listening to their teachers. I added a feature where if you press the Sto key while in the main menu of a battle, it will save and exit the game and resume the battle when you reopen it.
↑
Quote

I finished the third gym and Vermilion City. I also added 20 new items (Mostly more pokeballs and healing items). It has not been extensively tested yet, so expect some bugs. 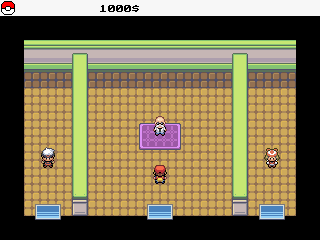 I also want to ask for help with map design. Does anyone want to make some of the areas, cities, and gyms for this game?

Putting the map together takes a lot of time. I am somewhat busy with school and other stuff, and I don't want to spend all of my free time working on this. At this rate it will take a long time to finish the map. It is not necessary for someone to help me (I will still finish the game either way), but it would be appreciated and let me finish the game significantly sooner. If you want to help, let me know and I will make some kind of documentation explaining how to use the map editor.
↑
Quote

I know I have previously said that I will finish this game, but I probably won't. In the past few months I have completely lost interest in finishing this project. I severely underestimated how much time it would take. It is in a somewhat playable state, but the map is only half done, and it's still filled with bugs. Still, thank you to those on this website who helped me with this, and sorry that I didn't complete it. I may change my mind at some point, but that's unlikely. For now, I'm going to move on to something else.
↑
Quote

A shame but understandable - as someone who regularly fails to complete projects - I can relate.

If you get a wave of motivation some day I encourage you to finish it.

That's too bad, but like tr1p1ea said, great work with what you accomplished and maybe you or someone else will pick it up again someday!

Sorry to hear this. The source is available on github if anyone wants to pick it back up, right?
EDIT: It is and can be found in the first post in the thread.