It'll simulate a fusion reactor! You will have to pick multiple fuel types to use (repeats allowed), and set a temperature range and rate at which fuel enters the fusion chamber.

I will try to do this before the deadline, but I have AP's in May, so we'll see how this goes.

This might be in BASIC, or ICE, but if I use ICE, I can't use floats because I don't want to put in the time to figure this out. It will also probably have not a lot of features, because this will be my 2nd ICE game (CC21 was my first)

Please add dilithium (from Star Trek, if you didn't know) :3


sure... to balance the nerdiness, I think I'll add in Coaxium, from Star Wars, along with the 3 real world fuels: Deuterium, Tritium, and Lithium

Progress update!!! Got the intro screen done, all I need to do is the selection and actions for selection 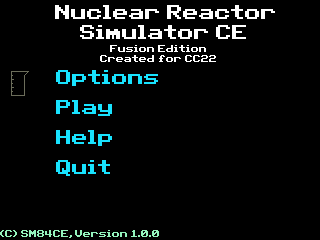 The beaker might be filled with something, I need to think about it...

Looks great so far! What will the graphics be like? Will there be sprites, or mostly text? For the beaker, maybe make it fill up to a different level depending on what is selected, though that may be difficult.

Thanks! As for graphics, it'll probably be mainly text-based, due to my personal time crunch, but I'll try and add in some sprites if possible. I like the beaker idea, but that would be hard, because there would need to be multiple sprites and a check to see which one needs to be displayed.

I might do a simple torus-like screen (like you're looking into one from the side, something like below), because that's the shape of most fusion reactors, although I'll have to figure out how to do a simple implementation of the image, maybe an outline using circles? 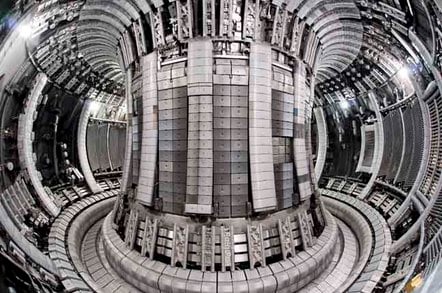 Yet another (most likely daily) progress update

I'm working on the play menu now, there's a help, options and quit choice on the menu. If I get time, I might add in save capabilities, but that might come later, so the current Options screen will just be a placeholder. The play menu will be where you set your fuels and "shape" of fusion reactor. I've also decided to do with a simple, top-down view for graphics, because making a torus shape (see picture a few posts up) is kinds complex for my liking...

EDIT: give me feedback! Or suggestions

No progress today, there won't be some for a few days because I have a LOT of homework. I have plans for the fuel/ "shape" but no time yet to implement them.

I've decided on a Graphical Selection Menu and have the Coaxium sprite made, I'll probably use beakers for Deuterium and Tritium, and a Minecraft Diamond like shape for Dilithium crystals. All sprites are 32x32

You should include thousands of slave corpses from warhammer 40k

Depends how much stuff you want to fit on screen. I'd prefer 32x32 personally. As for your background image, if you're using the standard xlibc palette then you can take a look at my HDpic beta 2 release's source code. There's already an ini file ready for you to convert the image and if you look at the source code you can probably determine the best way to implement the picture display code. Let me know if you need any help!

Got a Dilithium sprite! Coaxium will be the one I'm using for my Minecraft mod

As for Lithium-7, it'll be like a periodic table square thingy, the other 2 will just be (marked?) 32x32 beakers

Dilithium Crystal: How does it look?

Quick progress update: Got sprites for the fuels done, just need to make the menu and rest of the game.

Fun fact: Deuterium is a pale blue color, and Tritium is neon-green

Also, any feedback on my dilithium crystal?

Nice. I really like the gradient effect. I did notice, however, that you have a seemingly misplaced pixel in the upper right hand corner. Not sure if it should be there or not. It just looks like it is the wrong color. 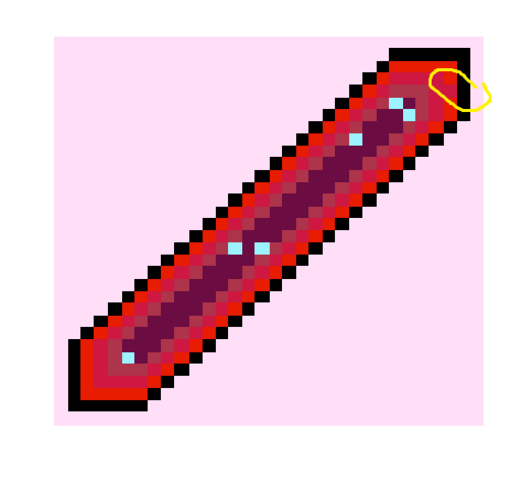 I noticed it, but crystals have some small defects, do they not? If it really bothers you, let me know, I could fix it, no biggie

Its alright, it doesnt bother me too much. Just wasnt sure if you noticed the defect or not.

Progress update: got the fuel selection menu done, just need to set the efficiency levels, and find a way to integrate that into energy production. I also need to make the containment chamber shape menu, which will also have their own efficiencies.

Progress! Check it out! 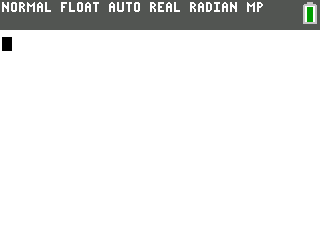 Looks like you still have a bunch to implement; good luck!

I started the game mechanics and the framework for saving, but I ran into a problem: The space limitations of 3 bytes basically mean that once an upgrade or save value hits 16,777,215, it rolls back to 0, and I might need to store numbers in the order of billions. Is there any way to read and write those to/from appvars?

The billions because of the fact that once you really get going, as with Nuclear Reactor Sim CE, billions start becoming common.

I really don't want to have to scale down the data (ex. storing 5 for 5,000) because it would result in digits being chopped off, which could be significant in the earlier stages of the game.

Anyone have any fixes for how I could handle these fusion-sized numbers without too much loss?