While I should be studying for the test week, which I'm in the middle of right now, I figured it'd be the best timing to work on a new game: SET.

For those of you who have never played Set:

Set is a game with 81 different cards. Every card has symbols on them, showing 4 properties with 3
options per property. These properties are:
- Amount of Symbols: One, Two, Three
- Shape of the Symbols: Square, Circle, Triangle
- Color of the Symbols: Red, Green, Blue
- Filling of the Symbols: Filled, Slightly Transparent, Empty

15 cards are laid on the table (or screen or whatever...).
The point of the game is to find sets of 3 cards on which every property is either the same (e.g. [Blue - Blue - Blue]) or completely different (e.g. [Red - Blue - Green]).
[Blue - Green - Blue] however would be invalid, since not every color is the same (Blue != Green) and neither are they all different (Blue = Blue).
Let's say, if the Amounts are the same ([1 - 1 - 1]) and the Shape, Color and the Filling are different on every card ([Triangle, Circle, Square] [Green, Blue, Red] [Slightly Transparent, Filled, Empty]), then this set would be valid and the cards would be replaced with 3 others.

When playing with more people, the goal of the game is to obtain as many sets als possible before all cards are already obtained. When playing this game however, the goal is to relax a little why puzzling (possibly with a timer counting down later).

If you have played Set, I'm happy for you, because you don't rely on this horrible explanation.

The game might look close to finishing, but I have to add some stuff, like a proper menu and probably a few gamemode's. I'll also have to test it a lot, and like I stated before, I still need to work on school, but I don't think it'll take too long.

(By the way, this on is written in C, in contrast to my previous projects.) 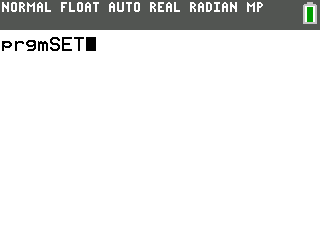 When do you plan to release it?
↑
Quote

Ooh this reminds me of this card game called Set... I used to play that back in the day

Justin wrote:
When do you plan to release it?

Like I said, I still have tests to study for, so I shouldn't waste too much time on this for now. I'll finish it as soon as possible, but it might take about a week or so.

Welp... it's been about a week or so, and I have a status update.

The game is practically finished, but I'm keeping it with me for a little longer to test it and perhaps (probably) find some bugs.
Next to a brand new "HOW TO" page, with hopefully a more helpful tutorial than the one above here, there are now three different gamemodes:
- CAREFREE: No limits, just for fun.
- RUSH: Time limit, try to find as many Sets as possible within 2 minutes.
- MARATHON: Score limit, try to find 15 Sets as fast as possible. 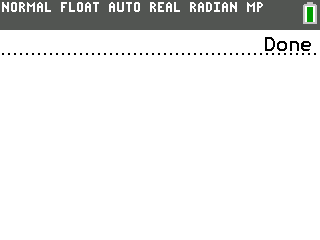 It's done and into archives!

Would you consider uploading this program to ticalc.org as well ? That way, there could be a news article for it, in time.
Another Set card game, for another calculator model, is in the pipe for a ticalc.org feature.
Member of the TI-Chess Team.
Co-maintainer of GCC4TI (GCC4TI online documentation), TIEmu and TILP.
Co-admin of TI-Planet.
↑
Quote

The program won't run because it says that I don't have the right FILEIOC. But I do. Was there a version that you ran it with?
"🤔"
↑
Quote

JDK wrote:
The program won't run because it says that I don't have the right FILEIOC. But I do. Was there a version that you ran it with?

Sounds like you don't have the right version. https://github.com/CE-Programming/libraries/releases/latest
↑
Quote
Register to Join the Conversation
Have your own thoughts to add to this or any other topic? Want to ask a question, offer a suggestion, share your own programs and projects, upload a file to the file archives, get help with calculator and computer programming, or simply chat with like-minded coders and tech and calculator enthusiasts via the site-wide AJAX SAX widget? Registration for a free Cemetech account only takes a minute.