It's Summer which means we've got roughly two months before classes start up again and half way through the year. Do you guys have any trips planned? Visiting colleges? Taking this time to learn something new or get caught up on a project? Don't forget to share any projects in the "Your Projects" sub-forum.

We hope you guys are having, and continue to have, a fantastic summer. Feel free to share any candid photos you guys take on trips and adventures ;D

Yay! Summer, and projects :3 Thanks for including mine, even though it is most likely destined for failure

Pieman7373 wrote:
it is most likely destined for failure


Failure doesn't exist, you're going to learn something along the way and that's a win.

You're learning about communicating over USB, and thus likely a little bit of the USB protocol. You're likely learning a bit of electrical engineering by creating the circuit to simulate button presses of an Atari controller, and probably tons of other stuff that'll be useful to you in the future. So, no matter the outcome it's going to be a success

Cool projects! In particular, the Arudino-controlled rocket caught my attention, that one looks especially risky! Hope it all goes over smoothly, for all our projects here!
Warper
Gateway to Legend

It's not really a summer project because 1) it's not summer here and 2) I've been working on it for quite a while already, but I'm continuing to plod through designing an FPGA board that can speak PCI express. 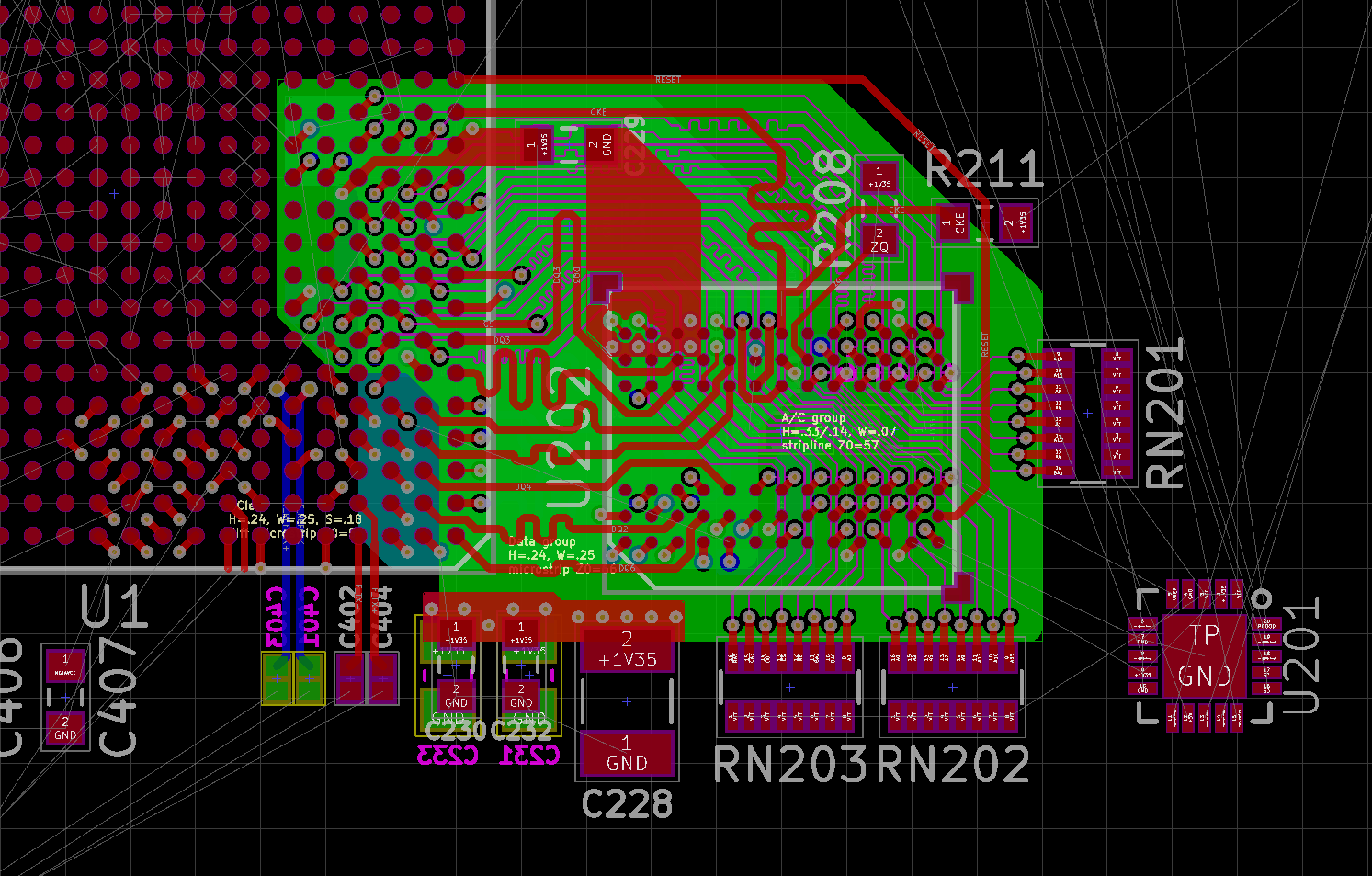 (Just the part around the memory that I've done the majority of layout work on so far, with some ground planes omitted.)

All this because PoC||GTFO convinced me one day that PCIe is electrically quite robust, so it shouldn't be hard. Then somebody else stated it's often helpful to have a large amount of memory on a board like this, so I added some DDR3 memory (which has turned out to be the most time-consuming part, though I've learned a lot about high-speed design).
タリ · · Ask questions the smart way · · ツイッター
↑
Quote

Wow, that looks like quite a project Tari, could you explain what a FPGA board is?

I thinky only summer goal for programming is to get my HDpic program at least ready for a beta release.

Obligatory "not Tari", but an FPGA (or Field Programmable Gate Array), is a logic chip of which you can reconfigure the layout. You can use one of several languages to describe how the logic gates and memory inside the chip should be arranged, and can therefore make it do many different things. In some circles, FPGAs are used to prototype ASICs, which are a more permanent version of an FPGA but much more expensive. One can only imagine what Tari wants to do with an FPGA programmed to and electrically capable of speaking PCI express.

I wish I had more ambitious summer goals this summer for my personal projects; mostly I'm planning to continue working hard on Geopipe and continue playing with trains. I would love to also have time to finish off something like my N-scale Acela locomotive project or one of several calculator projects I have pending, but no guarantees.