WOW!
If you manage to make a discord bot port, That would be incredible!

Turns out a Discord bot version would not work because of message rate limits and how I would deal with input. However I did get the bot to send images proving that it works. Buuuttt instead I made a Garry's Mod port: I also made another thing like this in Gmod but it emulates NES, SNES, GB/C/A, and Genesis games using someone else's cores shameless promotion
↑
Quote

If anyone here knows what Rainmeter is, it's a desktop customization tool for Windows that lets you put widgets and stylized things all over your computer, so I decided to download it and try making something with it. Of course the first thing I wanted to do was port Chip-84 to it, so I did.

Luckily, Rainmeter uses Lua as a scripting language, so I already had what I wrote for Gmod and I just had to make it work in Rainmeter. It's been a while since I last posted on this thread, but my porting adventure hasn't completely died off yet. Since then, I've been able to port Chip-84 to SDL to build and run on both Windows and Linux computers.

I've also ported it to the Raspberry Pi using its framebuffer as video output and lowish-level keyboard input for the input meaning it can run directly from the terminal. In fact, I even bought a Pi Zero, a tiny screen, and made a button matrix keyboard specifically for porting it to the RPi. It was a lot of fun. Here are some pics: 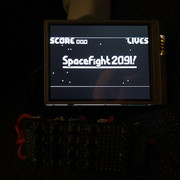 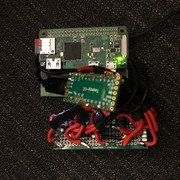 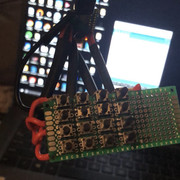 Chip-84 has now been ported to the PlayStation 1! It runs on real hardware and was made with an open-source PSX SDK called PSn00bSDK. Finally got to apply a bit of my assembly knowledge from school for small parts of this.

Here's an image of it running on real hardware: 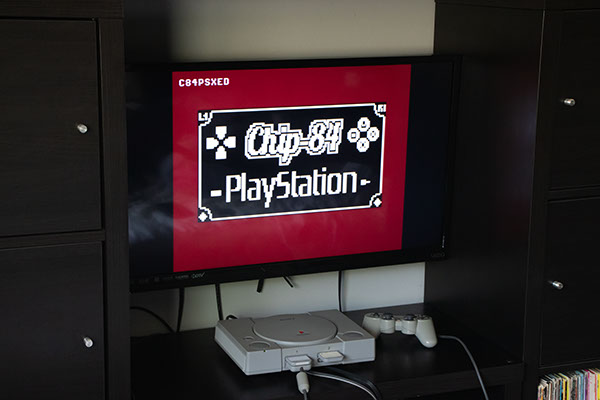 Source Code
Download the .bin+.cue
↑
Quote
Register to Join the Conversation
Have your own thoughts to add to this or any other topic? Want to ask a question, offer a suggestion, share your own programs and projects, upload a file to the file archives, get help with calculator and computer programming, or simply chat with like-minded coders and tech and calculator enthusiasts via the site-wide AJAX SAX widget? Registration for a free Cemetech account only takes a minute.

There are 391 users online: 2 members and 389 guests.
Members: KMisthebomb.