It's gonna be a humorous spelunking game. I could have called it caving, but spelunk is a real word and it's hilarious, so there we go. 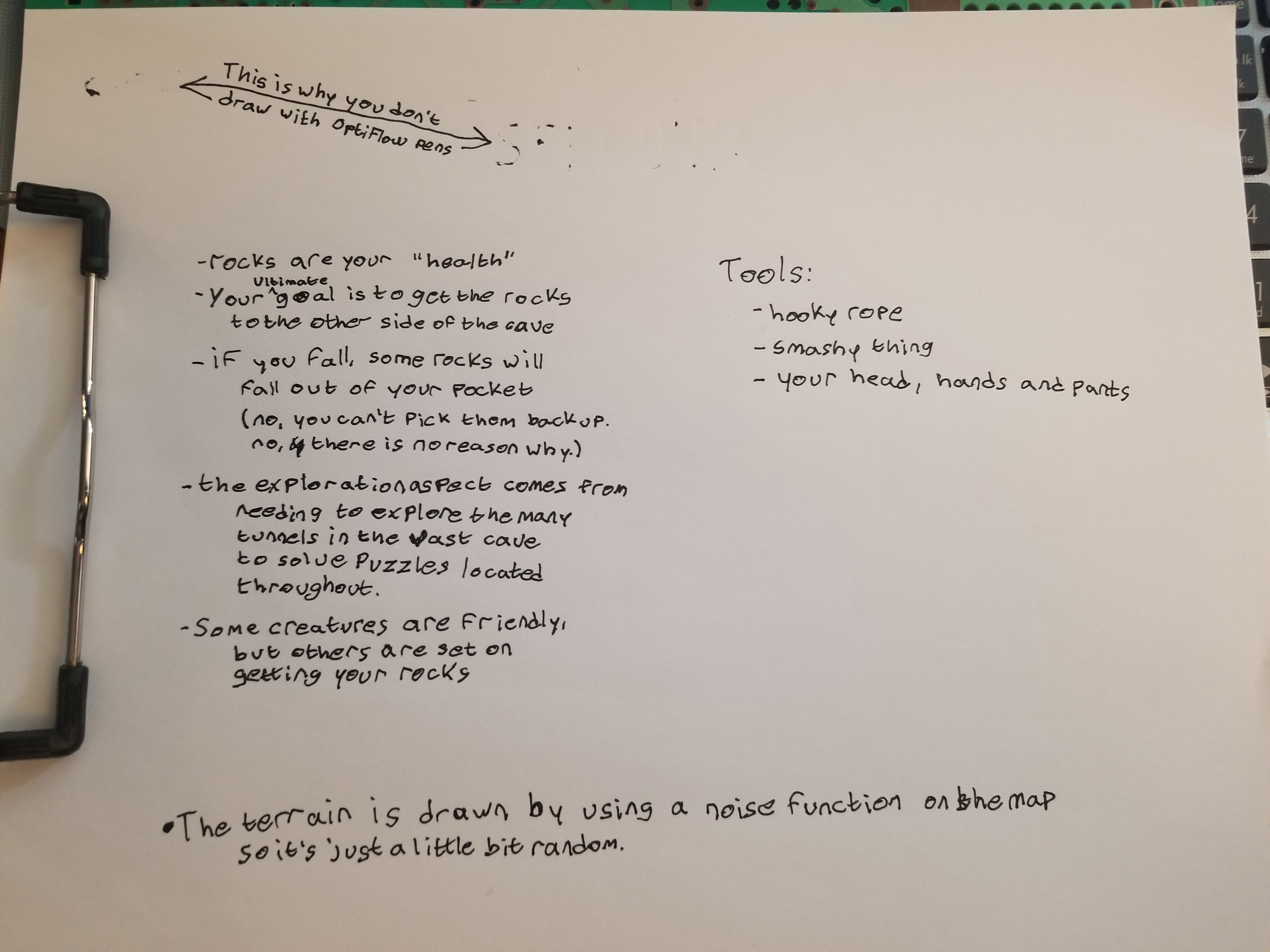 fghsgh insists on using assembly in some form, and I have no prior experience with assembly, so this is going to be quite the challenge for me. I've been told that ASM is not that much harder than Axe (I don't believe it but okay), so to learn the ropes I am going to design a title screen. I always make the title screen last, since a lot of inexperienced programmers make the title screen and nothing else.

I use a game called WarioWare D.I.Y. to draw my sprites, since it has a really nice set of tools and controls, and the screen in the game is 192x128, so I can draw 4 calc screens within the background element. It also makes animating really easy, because it is able to show the animation while you are drawing. You will probably be seeing a lot of pictures of the WarioWare throughout the development of STMS (Somebody Toucha My Spelunk, or pronounced "stems").

So I sat down for a good 30 minutes and drew this:
Image

Boy did I ever go all out.

That's about all I have to show today, but here's proof we are actually working on the game. Updates will likely come later today as an edit to this post.

I made this! Thank you all for using it!
↑
Quote
Register to Join the Conversation
Have your own thoughts to add to this or any other topic? Want to ask a question, offer a suggestion, share your own programs and projects, upload a file to the file archives, get help with calculator and computer programming, or simply chat with like-minded coders and tech and calculator enthusiasts via the site-wide AJAX SAX widget? Registration for a free Cemetech account only takes a minute.