Cemetech: What led you to go into engineering and to work at NASA?
Ms. Cox: As I mentioned in the talk, I have been interested in working at NASA since I was 14. In fact, many of us knew that we wanted to work at NASA; a colleague mentioned they were interested since the age of 12. A lot of us have childhood dreams, but the issue is how that works out in reality. A lot of kids want to be astronauts; if you really want to go where no one has gone before, thats robots. In my particular case, the astronauts were stuck in Earth orbit. We hope that thats not the case for the teenagers growing up now, of course. It was clear to me for the majority of my professional life that if I really wanted to explore new places, the robots were the way to do that.
Ms. Cox: In terms of robots, I think I was the opposite of many people. I realized I wanted to work for JPL so early that I realized I needed an engineering background. Thats a path that may not resonate with many folks, because they start with what subjects do I like and pick a track from there. For many, you start with academics, but then the job you have is the rest of your life. I was fairly versatile as a student, good at several subjects, and then I focused on engineering.
Ms. Cox: What motivated my original interest (I was a very melodramatic teenager) was wanted to do things that bring people together. Especially in this election cycle, there's a lot of a vs. b; I grew up with cultural expectations of what girls vs. boys were supposed to do. I dont think I was able to articulate it until many years later, but my thought was, why dont we work together more?. The space program really seemed to be about doing something for the whole planet. Theres something about achieving a goal that you set as a youngster or in college that provides a level of fulfillment that isnt necessarily tied to the minutiae of your day-to-day tasks, be that engineering, paperwork, etc.

Cemetech: What do you think is the best trend we currently see in STEM education?
Ms. Cox: Social media has played a really important part in this, in that students can get access in ways that they couldnt previously. They can hear from astronauts and others, for example astronauts interacting with the public via Twitter. I had the opportunity to speak at a Women in Trucking conference, and saw how people are able to access others via social media. Social media also lets kids be more connected to role models, especially earlier in their lives. As appropriate to SIGGRAPH, I also think Virtual Reality and Augmented Reality has a role to play. Last night, I was showing my husband a demo ["Field Trip to Mars"] created by FrameStore VR Studio. In it, students are out on a field trip on a school bus, and all of a sudden the bus windows darken and make it appear that theyre on Mars. The kids scream and are excited; you can really see what its like to be on that terrain and in that environment.

Cemetech: How do you think we could best move forwards to inspire more students to STEM passions and careers from an early age?
Ms. Cox: I think it's not just STEM that's important, its also STEAM [Science, Technology, Engineering, the Arts, and Math]. Some students have a very limited view of what these jobs entail; for example, students will say of computer science, I dont want to sit in a cubicle all day, or I dont want to be in meetings all day. People need to see the full picture to understand the appeal of the job. One great way that happened recently was with the #IlookLikeAnEngineer hashtag on Twitter. People need to see the full picture. Before social media, there were some people doing outreach and sharing what their jobs are actually like, but now there are many people sharing on social media.
Ms. Cox: Unfortunately, part of the conversation that you cant avoid is about money. In STEM fields, what you might be competing with is the money in areas like sports, acting, and so on. Money and fame are powerful incentives. Of course, JPL has some trouble attracting talent with Google, Apple, and other companies that do interesting work in the Bay Area, and JPL's government salaries can't match those companies' offers. On the other hand, the work is exciting, especially if you're passionate. Im not trying to be a NASA recruiting commercial: STEM can be lucrative, and although being a celebrity is probably not in the picture, it can be remunerative to different degrees, be it in money or the pride of advancing humanity's scientific progress. 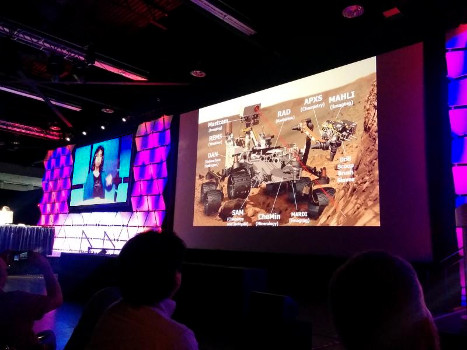 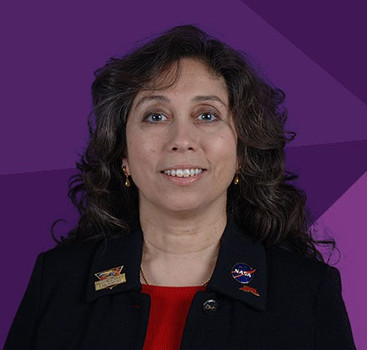